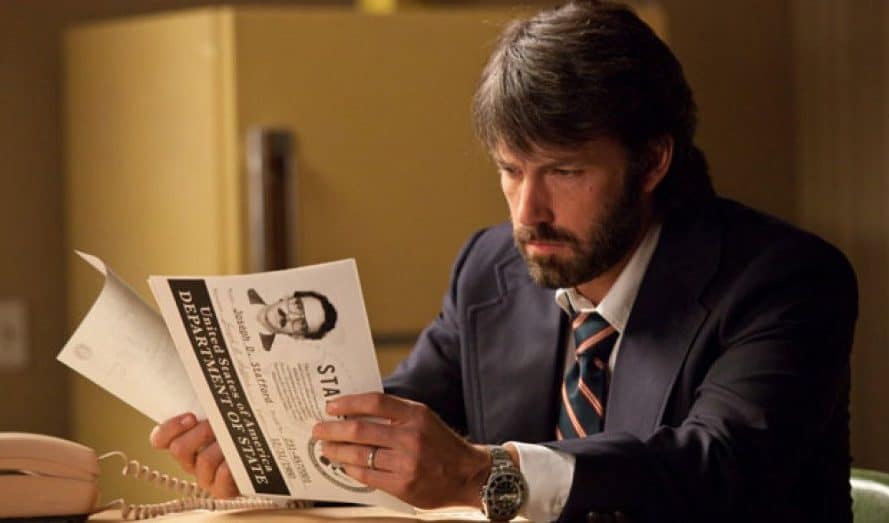 Argo, staring (and directed by) Ben Affleck, alongside Bryan Cranston, and John Goodman was released on blu-ray on February 19th. A movie that is in the running for best picture at the Oscars today!

“In 1979, the American embassy in Iran was invaded by Iranian revolutionaries and several Americans were taken hostage. However, six managed to escape to the official residence of the Canadian Ambassador and the CIA was eventually ordered to get them out of the country. With few options, exfiltration expert Tony Mendez devised a daring plan: to create a phony Canadian film project looking to shoot in Iran and smuggle the Americans out as its production crew. With the help of some trusted Hollywood contacts, Mendez created the ruse and proceed to Iran as its associate producer. However, time was running out with the Iranian security forces closing in on the truth while both his charges and the White House had grave doubts about the operation themselves.”

1) Ben Affleck and writer Chris Terrio team up for the audio commentary track which provides details on the film.

2) A picture-in-picture feature which the real people from the real story discuss their experiences while the film is played in the background.

3) A 46 minute documentary titled Rescued From Tehran: We Were There.

4) Behind the Scenes of Argo: Absolute Authenticity provides an in-depth look at how film has the authentic 1970’s look and feel.

5) Argo: The CIA and Hollywood Connection

6) Escape From Iran: The Hollywood Option

Argo has received positive reviews since it first hit theaters last year. With the excitement of the Oscars today, we will all see if this film gets the recognition it deserves. For now, kick back and watch the film that got everyone talking.

UPDATE – Argo went on to win a number of Oscar awards including Best Motion Picture, Best Writing and Best Achievement in Film Editing, as well as a number of Golden Globes and BAFTAs.