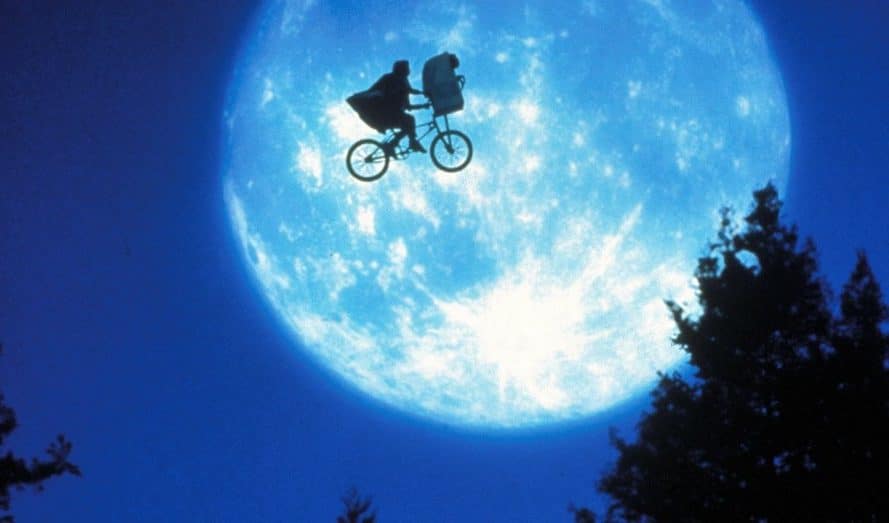 Thirty years ago Steven Spielberg released the now classic movie, E.T: The Extra-Terrestrial.  With total box office sales of over $792 million, E.T: The Extra-Terrestrial is considered one of the greatest movies of our time. The thirtieth anniversary Blu-ray DVD was released this week with five different versions! Each release includes the standard Blu-ray/DVD/Digital Copy/UltraViolet combo pack. There are exclusive versions at Target that come with a steelbook combo pack, a Wal-Mart gift set which includes a plush E.T., a Best Buy combo pack with a collectible book, and an Amazon Limited Edition combo pack with E.T.’s spaceship The restoration of this film is fantastic and will please any viewer. The new release has plenty of extras to enjoy. The same bonus features from the 2002 release are also included in the new Blu-ray edition as well as two new featurettes. The bonus features include: New Features: Previous Features: Drew Barrymore stars, as a young child alongside Henry Thomas (Elliot) as they become friends with an extraterrestrial they call E.T. While E.T. is stranded on Earth, Elliot and his friends help keep E.T. a secret from his mother and the government as they help him get back to his home planet. E.T: The Extra-Terrestrial is a family friendly movie that children and adults both enjoy. Thirty years later, this movie is just as fun as when it was first released. Reviews of the newly released Blu-ray thirtieth anniversary are all positive. The edits made in the 20th anniversary edition are not included in this one. You will thouroughly enjoy this even if you have seen it before. E.T: The Extra-Terrestrial is a movie that will never grow old. It’s perfect for any age group and a great way to spend the night in. We always appreciate your comments and feedback so contact through Facebook, Twitter, email or by phone.