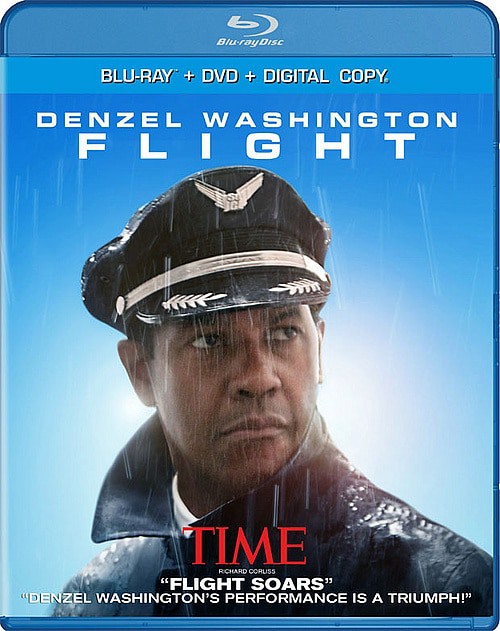 Flight starring Denzel Washington, Nadine Velazquez, & Don Cheadle is released on Blu-ray February 12. Flight is a movie about an airline pilot, Whip Whitaker, (Denzel Washington) that saves the passegers in his plane after a horrific crash. The investigation into the accident reveals some major twists and turns, making this an exciting movie watch. If you’re scared of flying, it may not be a great idea to watch this film 🙂 This film was made for home theaters!

Flight will be available in a Blu-ray/DVD combo pack with UltraViolet and  special features that give the  audiences a behind-the-scenes tour about the film and how the filmmakers created the ever so scary plane crash. The combo pack includes access to a digital  copy of the film and the following bonus content: