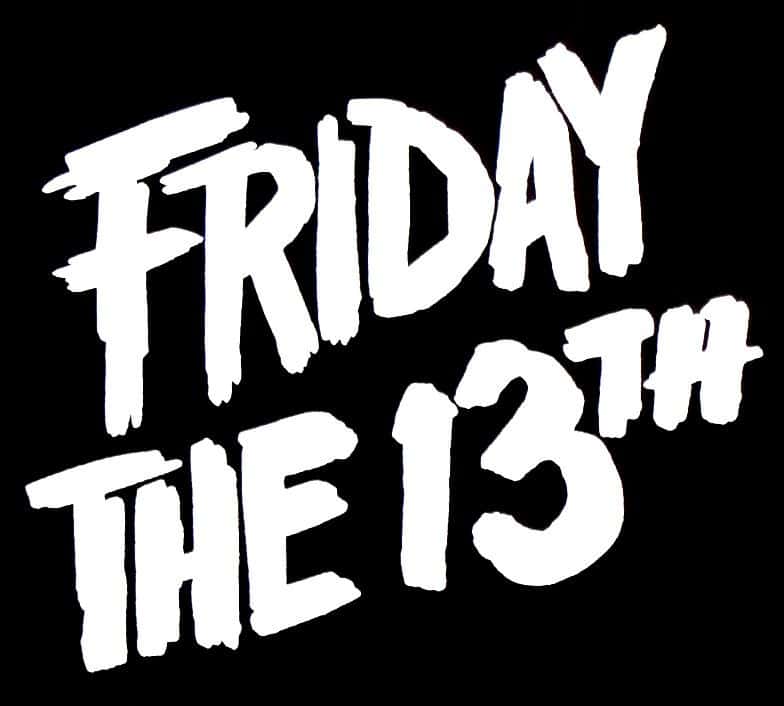 The date today is Friday July 13th, 2012, aka Friday the 13th. We want to take a look at the successful horror movies series of the same name, Friday the 13th. This horror movie series has been so successful one cannot think of this date or a hockey mask without thinking of these movies.  Since 1980, Paramount Pictures and New Line Cinemas have released twelves movies and grossed over $665 million. Let’s celebrate today’s date with a Friday the 13th movie marathon in our home theaters.

The Friday the 13th movies love to scare the viewer especially the original.  When this movie was released in 1980, critics hated it yet the public loved it.  The movie cost $500,000 to make and grossed $60 million worldwide. What most people forget about the original movie is that Jason Voorhees was not the killer.  The killer was his mother, Pamela Voorhees.  She goes on a killing spree because her son, Jason, drowned in Crystal Lake due to negligent camp counselors. The ending sequence of the movie has ranked as number 31 on Bravo’s 100 Scariest Movie Moments. If you haven’t seen it, we won’t ruin the surprise but be warned, regardless of what age you are, it will frighten you.

Pamela Voorhees was decapitated in the original movie by a camp counselor. Jason Voorhees takes the leading role in the second, third, and fourth sequels. His motivation to kill is based on the death of his mother.  He is out for revenge on any camp counselor he sees. The iconic hockey mask made its appearance in the third sequel which by the way, was in 3D.  While killing a camp counselor, Jason finds the mask and decides to wear it to hide his deformed face. Jason goes on a killing spree in part 2, 3, & 4 and yes he is “killed” in each one yet comes back time and time again until part 4.  He does end up dying and we do not see Jason in part 5, “The New Beginning”.  A paramedic decides to take Jason’s place after he witnesses his sons dead body.

1986 ushered Part 6, “Jason Lives” is where the franchise takes a dramatic turn.  Jason is brought back to life and possessed by something evil which enables him to have super-human strength and immortality. We see Jason back to his regular activities through part 6 and 7. While part 8, “Jason Takes Manhattan”, is considered one of the weakest of the series amongst movie fans, this movie has it’s die-hard cult like following.  It is weird to see Jason on a boat and roaming the streets of Manhattan. An interesting side note about part 8, the budget to film in Manhattan increased during filming so in order to keep costs low, scenes were changed throughout the movie.  This explains why most of the killings were done on a boat and Jason does not actually arrive in Manhattan till very late in the movie.  BTW, Manhattan is actually Vancouver, (another way to cut production costs).  There are a few scenes in Times Square but besides that, not much is filmed there.

In 1993, Part 9 was to be the “Final Friday”, and end to the franchise. New Line Cinemas took over at the helm of Paramount Pictures. “Jason Goes To Hell:The Final Friday” sounds like a phenomenal movie but really falls short of greatness. Jason is seen in the opening sequence where he is killed once again. This time, his body is so badly damaged, that his demonic soul starts possessing other bodies.  Throughout the movie, Jason’s soul possess various people and we see them killing instead of our hockey mask, machete wielding leading star. He does return right near the end where he is sent to hell.  The best part of the movie is the final sequence.  The camera focuses on the hockey mask on the ground and out of nowhere, the famous glove of Freddy Krueger from the “A Nightmare on Elm St.” franchise drags the mask underground, aka “to hell”. Freddy was sent to hell just a few years before in that franchise. This scene caused numerous conversations for years to come. Horror fans wanted a Freddy vs. Jason type movie. What we did get was the resurrection of Jason but not with Freddy.  It was Jason….in space.

2002 introduced “Jason X” (aka Friday the 13th, part 10). The film did not have the continuity of the series. Jason is seen alive, chained up on display.  He is not in hell and looks much better than he did before he died in part 9.  Once he is free he accidentally damages a cryonic pod which leaks cryonic fluid and freezes himself as well as the person he was trying to kill.  Fast-forward to the year 2455 and a group of students from “Earth 2” visit our Earth to find these two frozen bodies.  In “Jason X”, Earth becomes so polluted that the inhabitants are all but dead which is why Earth 2 has become home for humans. Jason wakes up on a spaceship and starts his shenanigans once again.  Once alive, he is ambushed and falls against a damaged medical station which can reanimate non-living beings.  Jason gets transformed into a cyborg and has an updated look for the new millennium, (as seen in the picture to the left). Everyone thought that Jason will have a series of movies with this upgraded model, we were wrong.

2003, one short year after Jason X was released, the wait was over for horror movie fans. Freddy vs. Jason hit the box office with success as the opening weekend grossed over $36 million. Overall, the movie grossed $82.5 million making this showdown a great success. Freddy Krueger battles Jason Voorhees and kill innocent people along the way.  For Jason fans, this movie was a bit more on the Nightmare side than it was the Friday side.  This is an entertaining movie and it was great to see Jason back on the big screen. Who actually wins this battle is unsure.  The final sequence shows an all out battle to the death. We see Jason rise out of Crystal Lake holding Freddy’s head and Freddy is also alive.  With an ending like this, part 2 was on fans minds. Once again, what was delivered next was not what was expected.

In 2009, Friday the 13th had a reboot. A remake of the classic original movie was released to theaters.  Since Jason was not featured in the original movie, skeptics were not happy about this reboot.  Thankfully, the movie was made with elements of the first three. We see Pamela being killed, Jason with the original burlap sack he wore to hide his face and then we see him discovering the mask.  The only element that was hard to get used to was that he is back to being human and not possessed by the devil.  If we ignore the series from part 6-10, this movie can be enjoyed. I think it was well done and glad it was remade.  With the success of the new The Texas Chainsaw Massacre and Rob Zombie’s brilliant Halloween, it was inevitable that Jason would also be remade.

Here we are now, Friday July 13, 2012 and the Friday the 13th franchise comes full circle. From the original with Pamela Voorhees, Jason going to hell than space, battling Freddy, and now the series has a reboot for new and old fans to enjoy. Tonight would be a great reason to have a Friday the 13th movie marathon and enjoy all twelve, however if you cannot sit through approximately eighteen hours of Jason, you could pick from some of the best in this franchise.  The original movie is a must see; you will not be disappointing.  Part 3, 6, 10, Freddy vs. Jason, and the 2009 reboot will give you hours of entertainment today. A home theater setting with the Friday the 13th movies is the kind of evening I love to have. Enjoy these great movies tonight. Some might scare you and some might make you laugh. We do know it will enhance your home theater experience.