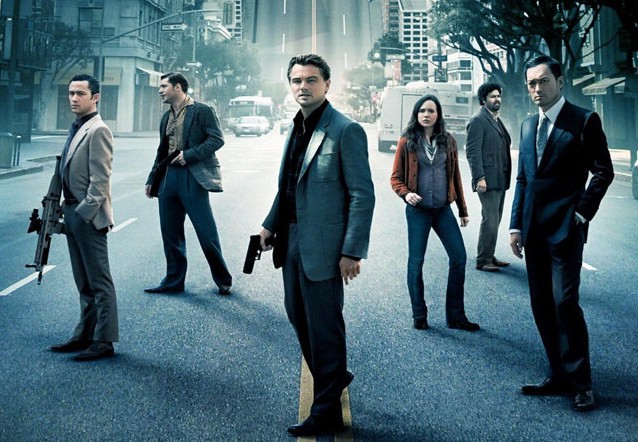 Storytelling structures exist for a reason; even when a story takes place chronologically, that’s never enough to tell an entertaining story. That’s why we have story guides such as the three-act structure (e.g., Back to the Future, Spider-Man: Into the Spider-Verse) and the heroes journey (e.g., Star Wars, The Lord of the Rings). These are trusted methods for presenting stories in ways that are riveting and yet, simple.

However, there are times when the traditional a to b to c story just doesn’t cut it. Either the writer or director wants to try something new and experimental, or the story just doesn’t fit the tidy confines of traditional plotting devices. Whatever the reason, the history of cinema is dotted with hundreds of narrative-driven, groundbreaking films that diverge from the norm.

By and large, these films are more challenging than your usual fare, but each example strives to be understood as well as any three-act movie. In this blog, we will highlight several films that defy expectations and surprise viewers with stories that are told a little differently.

Heavily inspired by Quentin Tarantino’s narrative experimentation in Pulp Fiction, Amores Perros ties together the stories of three very different people living in Mexico city. The one thing they have in common is that they’re all directly or indirectly connected to a car crash.

This is one of the early films by Mexican director Alejandro González Iñárritu, who went on to direct such major Hollywood hits as Birdman and The Revenant. Like his later, more famous films, Amores Perros deals in extremes and tackles the violence inherent in modern urban life. It also acts as a state of the nation address for Mexico, showing us the lives of a wealthy supermodel, a struggling youth who trains dogs for fighting, and a homeless man. This groundbreaking film is a perfect companion piece to the works of Mr. Tarantino.

Classic anime film from the trailblazing film director Satoshi Kon, Millennium Actress is a sleight of hand masterpiece. The film keeps you on your toes throughout its runtime. Every time you think you know where you are in the story, a curtain will drop, a set piece will fall or a director will call cut, revealing that we have been watching dramatic acting all along.

The framing narrative is of a TV interviewer and his cameraman, interviewing an elderly actress (a major star in her day) as she recounts the story of her life. Throughout the film, the line between reality and fiction starts to blur, which is a theme also explored in Kon’s other groundbreaking films Perfect Blue, and Paprika.

Heavily influenced by the work of the director mentioned above (Satoshi Kon), Christopher Nolan’s Inception is a masterclass in layered cause and effect storytelling. His themes and ideas are complex and yet, through the use of slow-motion and cross-cutting, it’s clear at all times exactly what is happening.

This is experimental film-making gone mainstream with big budgets and famous names to help sell a less conventional idea. Inception is a real trailblazer in the blockbuster world. Although outside the work of Nolan, it seems his influence has not spread to other major budget movies. Much the pity!

Buster Keaton is the Granddaddy of modern stunts and physical comedy. His death-defying acts are legendary, and his work has influenced countless creators from Jackie Chan to Tom Cruise. But Sherlock Junior is where his legend began. A forty-five-minute story about a projectionist who falls asleep and imagines himself inside the movies he screens.

The sheer level of inventiveness on show, even by modern standards, is astounding. It’s not the story itself that makes the film great, but the ridiculous scenarios prompt some of the most iconic stunts and visual gags in the history of cinema.