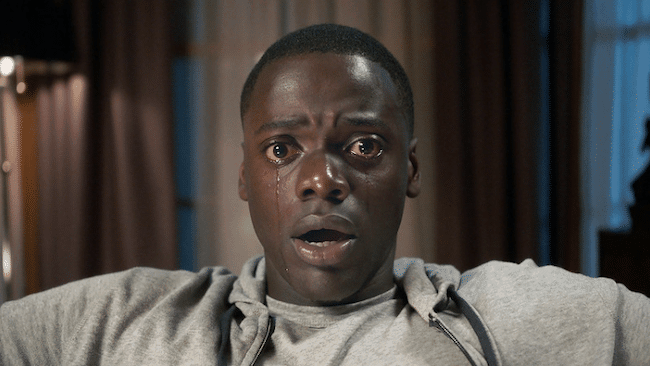 Nowadays, when people think of horror movies, the first things that come to their mind are horrific violence, knife-wielding maniacs, and jump-scares. But the genre is much richer than most people give it credit for and can elicit a range of emotions. The list below provides an example of great horror movies that feature very little violence or jump out of your seat moments. Instead, they create atmospheres or play on fears that go much deeper than a cheap scare. These are horror movies that will truly get under your skin.

These are the films that invented the horror genre from scratch. Usually heavily influenced by Victorian literature and gothic principles; they take the feeling of sitting around a fire at night telling stories and put it on screen. The purpose of these films was to create impressions on the audience that would linger long after the final frames. In the process, they created a legacy that has lasted to the modern-day.

The original cinematic version of the Dracula story, Nosferatu took the myth of the vampire and put it on the screen for the first time. Initially plagued by legal troubles on its release for its similarity to Bramstoker’s Dracula, Nosferatu departs from that story in many ways to create an atmospheric masterpiece. Although much of the horror is unseen, the makeup used to create the character Count Orlok still holds up almost a hundred years later.

Based on Mary Shelley’s original story. James Whales’ classic Universal horror films created the look of the character, with a square head and bolts in the neck, that has been a part of popular culture ever since. Where the Dracula story was focused around a horrific being preying on innocent people, Frankenstein’s story introduced the concept of the sympathetic monster. The monster is a creation born out of man’s desire to play God. But where Shelley’s version of the character was a self-aware being who lamented his situation, the movie version was more like a child learning his way in the world. In the end, it’s not the monster who unsettles us quite so much as the people who hunt him down.

By the time the following horror movies emerged, the genre had not only established a series of tropes, but it had also fallen into a kind of dead-end. After the second world war, people weren’t as interested in being terrified as they were in being entertained and so musicals, romances, and thrillers reigned supreme. A few directors were still fascinated by the question of what scares us and created some iconic films in the process.

The Night of the Hunter

The only film directed by the great British actor Charles Laughton. It was one of the first films to focus on the concept of the horror that seemingly ordinary people can bring to a community. Robert Mitchum plays a preacher who travels along the Ohio River, marrying rich women and killing them for their money. The film failed to connect with audiences at the time of its release, but the unsettling atmosphere has won it endless praise over the decades. It remains one of the classics of American cinema.

Night of the Living Dead

The film that gave us the modern zombie. Before George A. Romero’s seminal film, zombies were ordinary people who had been mind-controlled to commit murders. He introduced the concept of dead people being reanimated. The opening scene, set in a graveyard, created a genre that continues to this day. Much like Romero’s later zombie flicks such as Dawn of the Dead, this film features an underlying message about the human condition in late 1960s America. Due to some copyright issues, the film is widely available to watch online for free.

Slasher films and the Saw franchise have dominated the contemporary era of horror. There are still scary movies that have attempted to explore a deeper level of fear. These films are extremely aware of their position in the canon of horror movies; taking the tropes that have been established and flipping them on their heads.

The title gives it all away as to what the director Ana Lily Amirpour, is trying to get at with this film. The eponymous “girl” in this case is not the victim of some creepy stalker or night-born horror but is, in fact, the vampire who preys on those self-same stalkers. Shot in crisp black and white the movie is slow and atmospheric and very much creates a universe of its own. A version of America where people speak Farsi and vampires have the will to hunt the bad guys and leave the good guys alone.

An unfortunate trope had become established in American horror movies by the year 2000, which featured token black characters who were invariably the first to die. In his groundbreaking debut feature, director Jordan Peele addresses this issue. In Get Out, black people alone are the victims of the horror in question. Throughout the film, Peele plays with our expectations. We are made to question the more insidious and unseen assumptions around the issue of race and modern America.