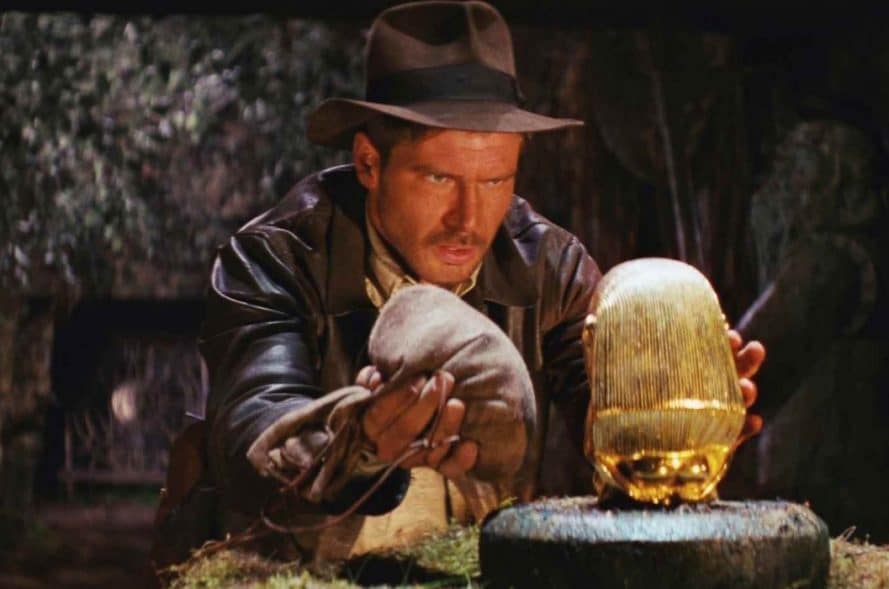 On September 18th, 2012, all four Indiana Jones films will be released on a five-disc Blu-ray set, titled, Indiana Jones: The Complete Adventures.

The four films that makeup Indiana Jones: The Complete Adventures are:

1) Raiders Of The Lost Ark, released in 1981, (retitled Indiana Jones & The Raiders of The Lost Ark in 1999), directed by Steven Spielberg, produced by George Lucas, and starring Harrison Ford as Indiana Jones.  The film is based in 1936 and shows Indiana fighting off a group of Nazis who are in search of the Ark Of The Covenant.  For the Indiana Jones: The Complete Adventures Blu-ray, original sound designer Ben Burtt has preserved the sound of the film from his original master mix. All new stereo sounds were created using the original music tracks and effects that were originally done in mono. The original negatives were scanned at 4K and then carefully examined frame by frame to repair any damages that may have occurred since 1981.

2) Indiana Jones & The Temple Of Doom, released in 1984 & is in actuality the prequel to Raiders Of The Lost Ark.  Set in 1935, Indiana finds himself in Northern India where local residents believe he is sent from one of their gods to find their sacred Sivalinga stones.

3) Indiana Jones & The Last Crusade, released in 1989, starring Sean Connery as Indiana’s father, (a Holy Grail scholar). Set in 1939, Indiana is in search of his father who has been captured by Nazis as they search for the Holy Grail.

4) Indiana Jones & The Kingdom Of The Crystal Skull, released nineteen years later in 2008 as the final movie in this franchise. This film takes place in 1957 detailing how Indiana fights Soviets looking for a paranormal alien crystal skull.

All four films will be in 1080p high definition and the sound is remixed in 5.1 DTS-HD Master Audio making  Indiana Jones: The Complete Adventures a must-own Blu-ray for any home theater system. For more information on Indiana Jones, please visit the official website here.