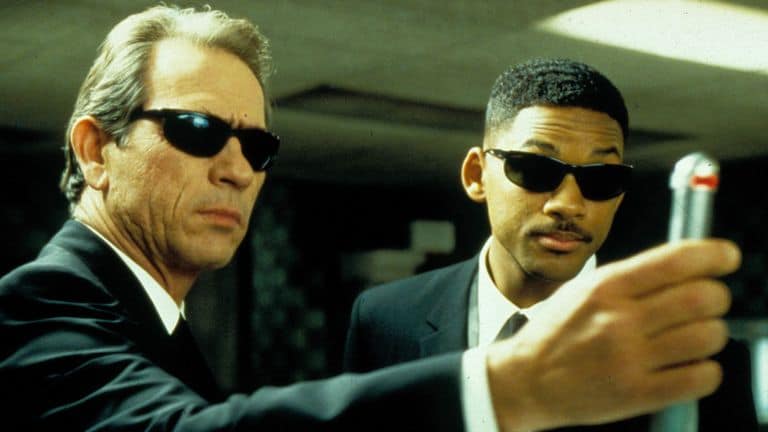 This past week Men In Black 3 was released on Blu-ray DVD. Directed by Barry Sonnenfeld and starring Will Smith, Tommy Lee Jones, Josh Brolin, Jemaine Clement, Emma Thompson, & Michael Stuhlbarg. With six diferent versions released (click on each to take you directly to Amazon, Best Buy  and Wal Mart for purchase) just in time for the Christmas season:

a) Spot the Alien Game
b) The Making of Men In Black 3
c) Men In Black: 1960s vs. Today
d) Creating the Visual Effects
e) Scene Investigation
f) Progression Reels
g) “Back In Time” Music Video by Pitbull

2) Blu-ray and DVD: This edition is 2 discs and has the same special features as the previous but without the 3D version  of the film.

4) The Trilogy: Limited Edition Collectors Set and Figurine Blu-ray: The trilogy has all three films and the Worn figurine.

5) Metal Tin Best Buy Exclusive Edition: This version comes in a metal tin, unsure of the contents of the discs themselves.

6) Wal Mart Exclusive Edition: Alongside the Blu-ray DVD and Ultraviolet is an exclusive bonus disc featuring a documentary “Meet The Aliens of Men In Black 3”.

With six different versions, (five if you exclude the standard DVD version), Men In Black fans have a lot to choose from. Reviews of the blu-ray have been positive. Blu-ray.com states “the image is remarkably clean and naturally filmic; light grain reinforces beautifully crisp edges and razor-sharp details. Viewers will enjoy precision facial and clothing textures that reveal every line, pore, and crease with natural accuracy.” While Cinema-Blend.com goes on to say “the first thing you’ll notice about the Blu-ray conversion for Men In Black 3 is that it looks terrific!”

It looks like we have another blockbuster to enjoy in the comfort of our homes for the holiday season. Which ever version you choose to buy, we know you’ll love the movie.