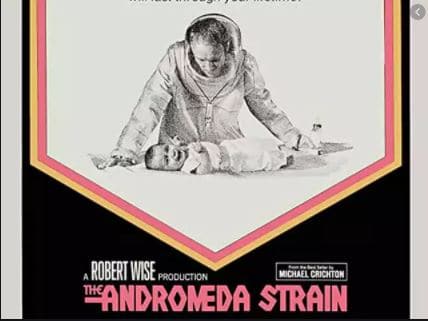 Are there certain Movies NOT to watch during lockdown?

Many people are tired of these words and with good reason. While we all want to do our part to get through the current global situation and get back to normal, it does become tiresome—even quite taxing—to deal with it on a daily basis.

Over the course of the last year, we have found many ways to distract ourselves, particularly during those most restrictive days of lockdown. Some of us began exercising at home in an effort to lose—or at least avoid gaining—weight. Many of us developed new hobbies, or revisited old ones. And of course, many of us turned to entertainment such as music, television, and movies. Unfortunately, some choices are less than ideal at the moment. Just as sad music played following a breakup can increase the length and intensity of your negative feelings, certain films may not be the ideal escape during this time.

Keeping that in mind, here are 7 movies not to watch during lockdown. Save them for after the pandemic.

Although 28 Days Later had a rather limited budget, it featured an excellent script and was probably one of the first “fast zombie” movies that most people have seen. While slow-moving, mindless zombies inspired a certain dread, this film provided us with infected who suffered from a rage virus that made them more frightening than the usual mindless undead.

Directed by then-unknown Danny Boyle (“Yesterday”, “127 Hours”), it featured a pre-Batman Begins Cillian Murphy in one of his early roles and helped renew interest in the zombie genre, for which some may thank it and other will curse it.

Not a movie about pandemics or end-of-the-world zombie infections, “30 Days of Night” features vampires coming to the streets of Barrow, Alaska (now known as Utqiagvik) to feed during a month-long period of frigid darkness.

Why does this one make the list? Well, we are only just emerging from several months of winter, where our days were short, the nights were long, and were huddled inside trying to stay safe from something dangerous waiting for us to expose ourselves, all elements of this film. While we were not being hunted by vampires, the sense of being trapped indoors and not knowing what could happen to us if we ventured out into the world is something that we became rather familiar with during the past few months.

The Andromeda Strain was the first book written by Michael Crichton under his own name and became both a 1971 movie and a 2008 miniseries starring a variety of well-known TV actors such as Andre Braugher, Benjamin Bratt, Ricky Schroder, and Viola Davis. The 2008 version originally aired as a two-part miniseries, it has also been edited into 4 hour-long episodes and focuses on the aftermath of a US. Military satellite crashing in a small town, where it unleashes a deadly plague resulting in the area being quarantined.

Although the miniseries was co-produced by Ridley Scott and featured several excellent actors, it should probably be avoided like the plague, while the 1971 version is viewed as more of a classic. 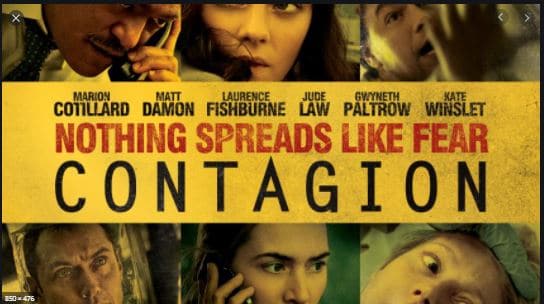 Like the Andromeda Strain miniseries, Contagion features several excellent actors, but this time the acting was actually good. Praised by critics for both the writing and several key performances, it was also viewed positively by scientists for its accuracy.

The plot centres around the rapid spread of a virus through respiratory droplets and fomites (inanimate objects that can become contaminated). Medical officials try to contain the virus while society begins to collapse under the weight of paranoia caused by the blogging efforts of a conspiracy theorist.

Some of this may sound familiar and in fact, many point to the film as being eerily prescient of real-life events occurring over the past year.

Released in 1995, Outbreak is another medical thriller about a virus that begins its spread after a capuchin monkey is smuggled into the US and is stolen from an animal testing laboratory. After a failed attempt to sell the monkey illegally, it is released into the woods outside a nearby community.

As events lead to the virus mutating into a disease that spreads like the flu, the army quarantines the town and imposes martial law. Although serum is discovered that cures the original strain, it soon comes to light that the army was aware of the virus prior to the outbreak, and they have a rather drastic plan to deal with it.

Featuring an excellent cast that includes Dustin Hoffman and Morgan Freeman, Outbreak received mixed reviews from critics but was viewed much more positively by audiences.

A movie that flew under the radar for many, Pontypool is a 2008 Canadian film written by Tony Burgess, based on his novel Pontypool Changes Everything. Told almost entirely from within a small-town radio station, the movie tells the story of a (you guessed it) viral outbreak. The radio station’s shock-jock announcer takes a call from the station’s helicopter reporter, telling of a riot at a doctor’s office, which has resulted in multiple deaths.

Not so much scary as it is unsettling, Pontypool is… weird, but it has its devotees. Enough so that a sequel is in development.

World War Z is a Brad Pitt-led take on modern zombies of the running kind. These are not the shuffling Walker of Walking Dead, but fast-moving infected that swarm over their victims like a wave. The infection itself is remarkably fast-acting, meaning that victims who fall to the zombies are up and seeking their own victims in a matter of seconds.

With some zombie fans loving it and some hating it, World War Z still managed to be one of Pitt’s highest-grossing films at more than $540 million worldwide. A planned sequel was ultimately scrapped, though fans of the film are still hoping it may one day see the light of day.

There are a surprising number of movies relating to pandemics, quarantines, and society collapsing under their weight. Given the current state of the world, we can probably pass on them for now. Movies and entertainment should allow us to escape the negative aspects of our daily lives, so why not find a great comedy instead? The zombie and virus movies will still be waiting for you once the pandemic is behind us.

Those are our suggestions on which movies NOT to watch during the pandemic,

Not to worry, though.  If you are keen to cozy up in your custom home theater chair or cuddle couch, here are some of the best big-screen movies to keep you entertained at home.

Even better – if you are keen to get out to a real movie theater and sit down with a bowl of popcorn, there are a number of highly anticipated Movies We Can See When Lockdown Ends.