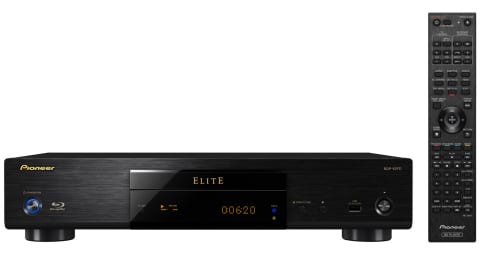 The exciting aspects of this Blu-ray player is its ability to play various file formats, eliminating the use of other devices. Since it can support Flash, you can watch streaming content from numerous websites. FLAC are high quality audio files which can also be played on the Elite BDP-62FD Blu-ray Disc Player. The iControlAV2012 app enables the user to use their smartphone to control their Blu-ray player. The iControlAV2012 app is your remote control via a wireless connection and the duel HDMI outputs allow you to send your content to two different places, (TV, computer monitor, projector, etc.)

If you own a smartphone you can push content from your phone directly through a wireless network or an Ethernet connection. Netflix, YouTube, and Pandora can be accessed through your smartphone and pushed through the Elite BDP-62FD Blu-ray Disc Player. Marvell’s Qdeo technology offers high quality video processing that gives you a superior image than standard Blu-ray players. For detailed information on exactly what the Elite BDP-62FD Blu-ray Disc Player is capable of doing, please watch the clip above.

We always appreciate your comments and feedback so contact us at any of the methods below.