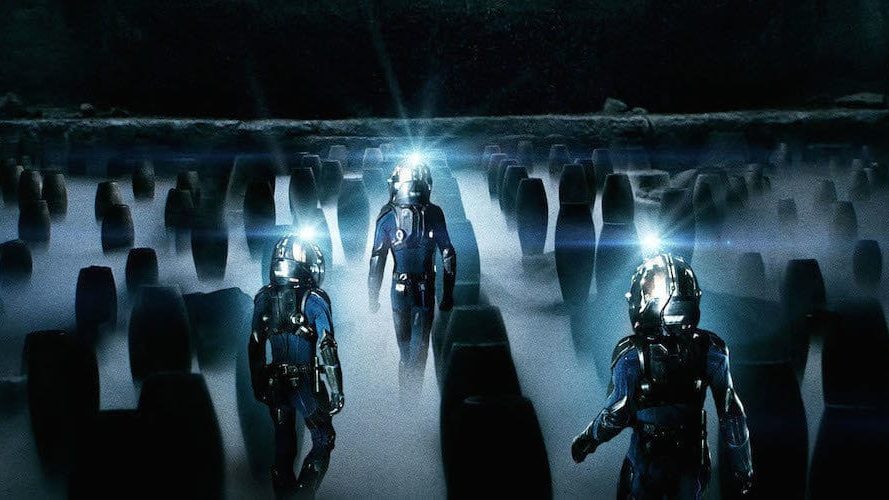 Prometheus stars Charlize Theron, Noomi Rapace, & Michael Fassbender and is directed by Ridley Scott. Set in the 21st century, the crew is aboard their spaceship, Prometheus as they follow a star map of ancient Earth cultures. Grossing over $400 million worldwide, Prometheus was commended on its visuals but mixed reviews on the plot itself. Regardless of whether you loved the movie or hated the movie, Prometheus is a home theater treat as the visual effects will make this a fun movie to watch at home. A digital version of the movie has already been released however the Blu-ray DVD will be released on October 9, 2012.

There are a few variations of this release, not including the digital release, there is the 2 disc Blu-ray DVD, the 4 disc Blu-ray 3D/ Blu-ray/ DVD/ Digital Copy, and the bi-lingual Blu-ray 3D/ Blu-ray/ DVD/ Digital Copy which can be pre-ordered from Amazon. With over seven hours of bonus features, there are plenty of extras to keep you entertained:

Initial reports suggest that these extras will help us answer some questions we all have regarding the movie. According to Entertainment Weekly, the meaning of life (or at least the meaning of Prometheus) will be revealed. Based on the visual effects and nothing else, Prometheus is a great addition to your home theater viewing experience. If you don’t understand it, don’t worry. It seems as if most of the viewing audience that saw the movie in the summer walked away confused. Maybe the basis for this movie was to create questions and the Blu-ray DVD release is supposed to answer our questions. This could be a brilliant marketing strategy to get us to buy or rent it so we can watch it again. This could be the first two-part experience of a movie that doesn’t have a sequel to answer those lingering questions? From what we’ve read, a sequel is going to happen as well.

October 9th will see the release and “answer those questions” we all have regarding the plot of this movie. Once you see it, let us know what you think. I’m sure there will be some lively discussions about it.