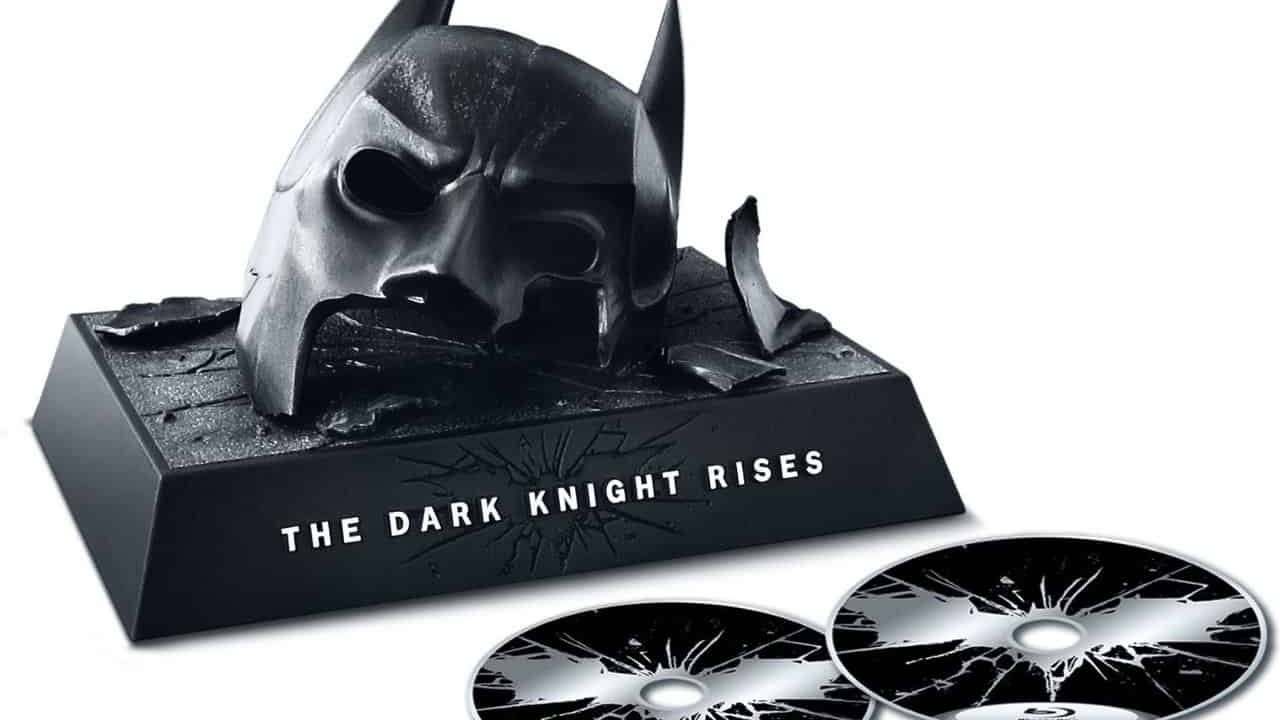 Information regarding the extras is scarce at the moment however according to EW.com the following extras are to be included: “The Batmobile”, a documentary on all five Batmobiles used for the movies and TV shows will be one of the extras. “Ending The Knight” is a documentary into how The Dark Knight Rises was made. “The Journey of Bruce Wayne”, trailers, and art galleries are all said to be included as well.

We are aware that there will NOT be any commentary with this release. Seems like Christopher Nolan doesn’t like doing commentaries. According to Box Office Mojo, Nolan has this to say:

“I hate doing commentaries. I’ve done them on my other films because in each case they came up with a reason or an interesting way to do it. ‘Insomnia’ was in production. For ‘Following,’ I was just talking about how to make a film. As for talking about artistic interpretation, if you will, you can’t possibly do that until the film has had its wings—because the film is not complete until it’s had an audience. There’s nothing more mortifying than to watch these commentaries on movies they’ve done before the movie’s come out because you don’t [really] know what the movie was [and how it played before those it was created to serve]. The movie’s not finished until it’s in front of an audience.”

The Blu-ray combo pack, DVD, & digital download is set to be released just in time for the holiday season making this a must have item. There isn’t too much information out there regarding the release on Blu-ray but when we hear anything you can be sure we will post it on Facebook and Twitter immediately.