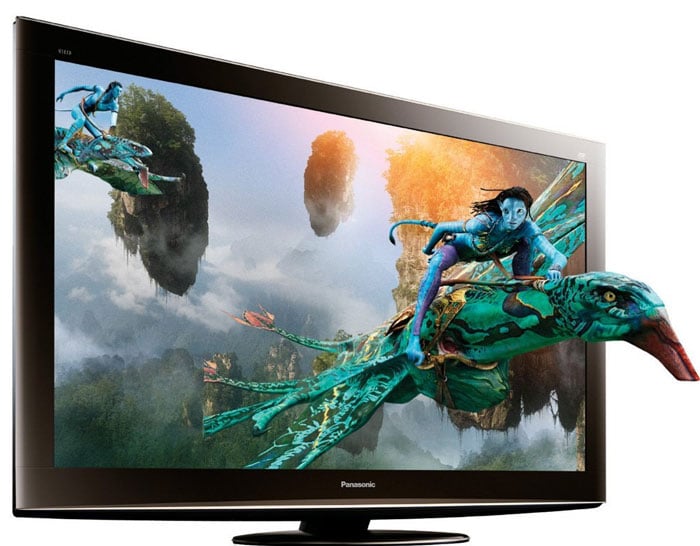 Holographic TV – when it happens, has been a long time coming.

It wasn’t until the summer of 2007 that I noticed the difference in HDTV. While on vacation in New York City, a friend and I were out for the night and I couldn’t help but be amazed by the video quality of a TV in a small bar in the Hells Kitchen district. My view was forever changed because up till that point, I was fine with my rear projection RCA TV. I then realized how much better TV viewing is with this new technology at the time of high definition television.

Since HDTV was first available in the US during the Space Shuttle Discovery’s return mission back in the late 1990’s, HDTV became a sought after item. HDTV was released to the public in the early 2000’s where retailers were selling them at feverishly rates. At this same time, TV stations started expanding to a HD feed as well. Simultaneously, consumers had the option to purchase plasma screens, than shortly after LCD, and most recently, LED. For those of you that don’t remember the craze of plasma screen TV’s, here’s the Hitachi commercial from a few years ago.

3D technology has had a love/hate relationship since it first became popular in the 1980s. Moviegoers ran out to see Friday the 13th Part III, Jaws III, & A Nightmare On Elm Street Part V just to see the “magnificent 3D technology” only to walk away unhappy with the outcome. TV sitcoms, Married With Children & 3rd Rock From The Sun also had 3D episodes and just like the movies mentioned earlier, the viewer was not impressed. Even the rock band KISS had the “Psycho Circus 3D Tour 1998-1999”. Concert goers were given 3D glasses at the door to view the 3D screens used during the concert. The concept was good but once again, it was underwhelming. It took another decade for 3D technology to improve and this time, it went from movie theaters to the home.

3D had a resurgence in movie theaters by 2008, from animated movies to horror movies, it looked as if 3D technology had reinvented itself and came back with a new life. It wasn’t too long after that 3D TVs were being sold by retailers and the consumer embraced the new technology. In 2010, Samsung released the world’s first 3D LED HDTV, called the LG LX9500.

The concern with 3D HDTVs has mostly had to do with the glasses that have to be worn in order to have the 3D technology actually work. Even though people have bought 3D HDTVs, many don’t like to sit at home wearing glasses just to watch TV. The concept of 3D in the home is great but the act of wearing 3D glasses tends to overshadow it. Only two short years later, people are now looking forward to holographic TV’s and reports state that this technology is not that far off.

Japan is stating that they can capture the World Cup matches all with 360 degrees while using approximately 200 HD cameras. Not only is this fascinating, what’s more, fascinating is that they are saying we can go to our local stadium, sit down and watch a holographic game on the field as if the game was occurring right in front of us. Not only can we view the game on a holographic TV at home but we can also watch a game in our local stadium as if it was living right in front of our eyes.

Recently, long-deceased rapper, Tupac Shakur ‘performed” on stage, holographically speaking that is. Now there are talks of taking this holographic image on tour around the world. Not only for Tupac but for other deceased celebrities like Marilyn Monroe, the king of pop Michael Jackson and the king himself, Elvis Presley.

At one time, we simply watched TV at home and enjoyed it thoroughly. Now we have images popping out of the screen as if they were right in front of us and soon, we will be able to sit right inside a movie while sitting in the comfort of our own home. Technology has played a vital part in home theater viewing and right now, technology is going to take us so far that we have just yet begun to truly enjoy the experience.

However, no matter where viewing technology takes us, seating comfort will always be key.  Consider getting custom-built Home Theater Seating for your home theater.