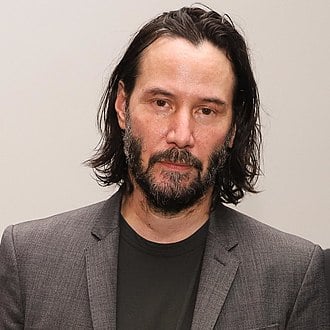 For close to 60 years now, beginning with 1962’s Dr. No, James Bond has been thrilling moviegoers with tales of high-stakes espionage. Some have been drawn to – or put off by – his rugged masculinity, exemplifying what they saw as the best, or worst, of what men have to offer. Other viewers enjoyed Bond’s wit and wordplay, including his seduction of the franchise’s many “Bond Girls” and his ongoing flirtatious banter with Miss Moneypenny. Still others enjoyed the exotic locations, futuristic spy gadgets, or action and stunt sequences.

Whatever their individual reasons, fans of the franchise have now witnessed at least 24 big-screen adventures featuring 007, depending on how you count them. Bond’s 25th film, No Time to Die is currently set for a November 20 release following delays due to COVID-19. This latest film will see Daniel Craig, the sixth actor to play Bond (not counting David Niven), in his final appearance in the role.

While anticipation for the film is high, it is nearly overshadowed by the speculation of who could be the next James Bond actor to receive a License to Kill.

While Bond himself is notably English, Craig is only the second English actor in the role. Previous Bonds have been Scottish, Irish, Welsh, and even Australian. With that in mind, is there any reason the next Bond can’t be Canadian? We think not, so here are our choices for top Canadian actors to play James Bond.

Hear us out: Reynolds is known for a more comedic approach to his characters, but this could hark back to the days of Roger Moore, whose films had a more light-hearted, tongue-in-cheek approach. This could make a welcome change on the heels of three actors who took a more serious, gritty, even violent approach.

Reynolds certainly has the charisma to portray Bond’s more charming side and he’s no stranger to movies with plenty of action. At 44 years of age, he is young enough to carry the franchise for several years to come, while old enough to be believable in the role.

Like Ryan Reynolds, Christensen was born in Vancouver, BC. He rose to fame as Anakin Skywalker, and while some criticized his acting ability, many others feel that the main issue lay with the script and not Christensen’s performance.

Young, attractive, physically fit, he could physically portray a Bond that is still in his early years. Christensen left Hollywood for a time, saying he didn’t want to just ride the wave of opportunity that Star Wars had afforded him. He has continued to act despite reports of him retiring, but his films have not had much impact on critics or fans.

Rumors surfaced earlier this year that Bond producers were considering him to play a new, different sort of 007. Though these rumors ultimately proved false, one never knows with Hollywood. Perhaps taking a shot portraying the next James Bond would revitalize his career and bring Christensen the enduring fame that has thus far eluded him.

Although he was born in Beirut, Lebanon, Reeves is a naturalized Canadian. Older than our previous suggestions, Reeves has extensive experience with big-budget action films, and is still capable of kicking butt, as seen in his John Wick series. He has a loyal following and could bring new viewers to the venerable franchise.

Reeves has the physical presence for the role, as well as the necessary charm to play up Bond’s suave, sophisticated side. Thinking back on his performance in Bram Stoker’s Dracula, however, we are forced to concede that he will need to work on his British accent.

This native of Toronto is familiar with the demands of playing a character with a cult following. Playing masked vigilante Oliver Queen/Green Arrow on the television series Arrow for 8 seasons kept him in great physical shape. He even showed off his skills in appearances on WWE wrestling and American Ninja Warrior.

Amell has the physical attributes necessary to embody James Bond and has made his share of appearances in a tux as well. His roles have typically involved characters that are a bit rough around the edges, so he may be best suited to portraying the character in the more thug-like approach he has had in modern films.

Another native of British Columbia, Kitsch is best known for playing Tim Riggins, a troubled football star on the TV series Friday Night Lights, and had the lead role as the warlord of Mars, John Carter, in the movie of the same name. He also appeared alongside Hugh Jackman in X-Men Origins: Wolverine as the popular character Gambit.

Although his appearances on the big screen have not been met with huge acclaim, he has been building a following on television while showing his range in a series of well-received roles. He is a skilled actor with potential for stardom who is still in search of the right vehicle. Perhaps an Aston Martin will do?

Born in 1974 in Thunder Bay, Ontario, Durand is a solid actor with film credits that include X-Men Origins: Wolverine, and Robin Hood in which he played Little John to Russel Crowe’s Robin. At 6’6” with a muscular frame, Durand has been cast in a number of physical roles that have prepared him to play a secret agent with a proclivity for saving the world. He has also displayed the charisma that Bond is known for.

Durand started his career as a stand-up comedian, meaning he could be comfortable with not only Bond’s tough side but his penchant for puns and dry humour.

When it was announced that Lashana Lynch would be taking over the 007 moniker in No Time to Die, there were rumours that she might also adopt the Bond name. While it was confirmed that she is not the new Bond, speculation continues that the next James Bond could, in fact, be played by a woman.

Recently, Bond producer Barbara Broccoli stated that she didn’t think a woman would ever assume the role, but some fans continue to think that the gender swap is inevitable. If Bond were to be played by a woman, our Canadian choice would be Cobie Smulders.

While much of her work has been on television, she has had notable big-screen roles including her work in Jack Reacher with Tom Cruise, and her role as SHIELD agent Maria Hill in Marvel’s Avengers movies. She has shown the ability to handle both comedy and action roles. Her previous modeling experience will let her be just as elegant in formal wear as any male Bond.

And there you have it, our 007 choices for Canadian actors to assume the role of the next James Bond. What do you think? Who would be a suitable replacement for Daniel Craig following the latest Bond film?