It doesn’t seem that long ago that many viewed 4K as the domain of early adopters, but with studios, broadcasters, and streaming services all now supporting it, it is becoming the new standard, but there is some confusion about the difference between Ultra High Definition or UHD and 4K.  Is there a difference and if so, what is it?

To answer, we need to look at the origins of the terms and to what they are referring.

Digital Cinema Initiatives (DCI) is a consortium of motion picture studios that standardized a spec for the production and digital projection of content. Prior to 4K, this standard was 2K, or 2,048 X 1,080. You are most likely familiar with 1,080 from 1,080p and 1,080i HD TVs, which measured the number of vertical pixels in the display at, logically enough, 1,080. 4K on the other hand, measures the horizontal resolution. As the new standard, 4K is 4,096 X 2,160, or four times 2K. More than simple resolution, however, the 4K standard defines how content is encoded.

UHD refers to a resolution of 3,840 X 2,160. Most TV monitors advertised as 4K are actually UHD. Given that TVs had previously been measured at 1,080p, one might wonder why UHD is being called 4K rather than 2,160p. As if this were not already confusing enough, UHD can also be used in reference to displays of 7,680 X 4,320. Given that some TV manufacturers use the term 4K UHD for displays of 3,830 X 2,160, it seems reasonable that the two types of UHD could be known as 4K UHD and 8K UHD.

Technically speaking, 4K is the wrong term for 3,840 X 2,160 displays and content, but it has been used to describe it for long enough that it would be practically impossible to correct it now. Why did this happen? Essentially, the number didn’t properly convey the increase in resolution. To say “2,160p” suggests that it has doubled from 1,080p, when in fact it has quadrupled. Just know that nearly all the 4K screens that you look at are actually UHD.
When it comes to deciding which is the best investment for your home theater between UHD and 4K, the all-too-frequent response of “it depends” applies.

The extra resolution provided by 4K means that the picture you are watching will have greater definition and clarity. It becomes much more life-like and might be compared to looking through a window at people and places rather than watching them on your TV, but this may not be as obvious in every situation.

4K is particularly well-suited to large screens, so at minimum, you will want a 55-inch set, but ideally, you will go larger. If you are switching to 4K from another TV, the difference will likely be most noticeable on two TVs of the same size, allowing for a more direct comparison. If your screen is 55 inches and you replace it with 4K, you will be seeing four times the number of pixels in the same area, meaning the picture will be much denser and capable of finer detail. Given that most home cinemas have screens that are much larger than 55 inches, 4K becomes an excellent choice, able to display excellent picture quality at a larger size.

Your vision and your distance from the screen will also have an impact on the image, however. At a greater distance, or with screens that are on the smaller side, you will likely not notice much of a difference. Likewise, if you have less than perfect vision, you may be hard-pressed to discern a significant improvement in the resolution.

To get the most out of your 4K TV, you should be sitting closer to it than you would with an HD screen. By sitting further forward, you will be able to better appreciate the extra resolution and greater pixel density. Additionally, by sitting closer to the screen it will fill more of your field of vision, becoming a more immersive experience. Even if you choose to remain further back from the screen, however, there should still be a noticeable improvement in quality. Unless your vision is poor, you should be able to perceive greater depth with objects looking more solid and three-dimensional. Colors should also be improved and appear better rendered.

Of course, you will need UHD and 4K content to enjoy. While it is true that your TV will upscale HD content and standard definition picture to 4K, you will require a native 4K source to get the best performance possible. Both Netflix and Amazon are your primary options for streaming content, and you may wish to invest in an Ultra HD Blu-ray player or Apple TV 4K as well.

If you are trying to look ahead to the future and are wondering about 8K, you can relax knowing that it won’t reach the mainstream for some time to come due to both the price and the lack of 8K content to watch. 4K remains an excellent choice for the foreseeable future.

If you are interested in home theater design, check out our Home Theater Layouts & Design Page 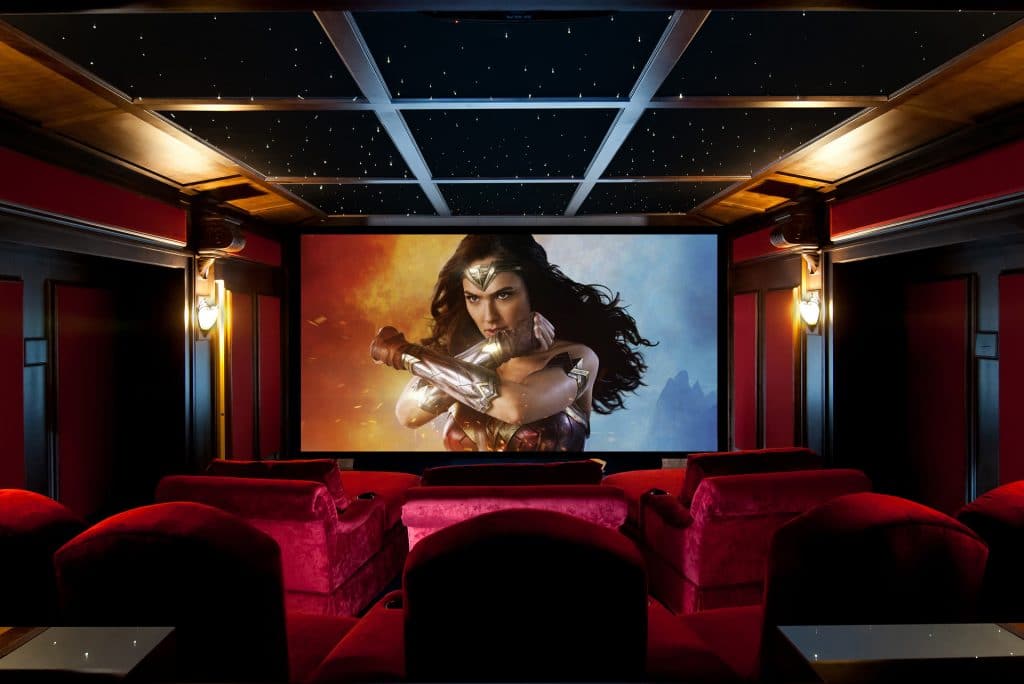