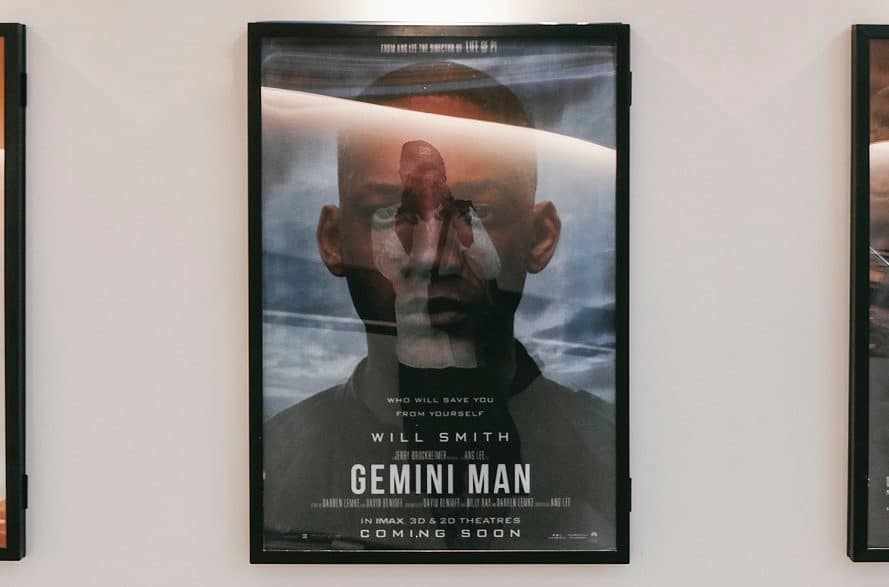 Sometimes, the first impression we get of a movie comes from the poster. Whether we spot them in a magazine, the movie theatre, or elsewhere, a great movie theatre poster can get you excited for the film before you even know what it is about. They can also be safer for those who don’t like spoilers by giving a feel for the movie’s theme and tone without giving away too much of the plot, unlike trailers.

Some movie theater posters will immediately transport you back to the first time you saw the film, reminding you of your childhood, teenage years, your first date, and more. Many bedrooms down through the years have used them for wall decorations, and some end up becoming highly sought-after collectibles. Home theatre owners frequently have a variety of them adorning their walls.

Whether you value them as art, seek them out as investments, or simply like having them around to add some atmosphere to your home theatre or TV room, here are some movie theater posters that every good cinephile should own:

Gone With the Wind

When we think of Gone with the Wind, most of us instantly think of Clark Gable carrying Vivien Leigh in his arms, staring intently into her eyes as Tara burns in the background. A vibrant and colourful poster, this is one that is instantly recognizable, though now everyone realizes that it is not the original poster for the film, but rather the poster for the film’s 30th anniversary. The original features the couple engaged in a kiss against a white background. 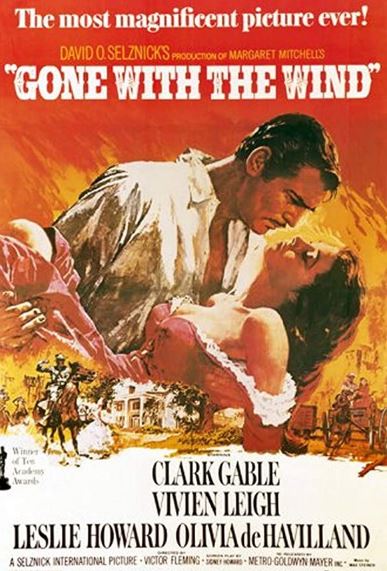 One of the all-time classic film posters, this was originally envisioned as Malcolm McDowell brandishing a knife accompanied by a nude statue inside a giant letter A. McDowell remains, as does the knife, but the statue was omitted and the A became a pointed triangle through which McDowell seems to threaten the viewer with his blade. In the foreground is an eyeball, alluding to the famous scene in which McDowell’s character has his eyes forced open to watch violent images and Nazi propaganda.

A truly effective poster that sets the tone for the film. The image of the hapless and unaware swimmer with the deadly great white shark rising to attack instills a feeling of dread, leaving the viewer to imagine the fear of being assaulted when vulnerable. Few words adorn the poster, and few are needed. Most prominent among them is the simple title, done in a bold red that is a sign on the carnage to follow. Other, more subtle details include the J in the title resembling a fishhook. The original poster has sadly gone missing, perhaps stolen, or simply lost in storage at Universal Studios.

Instantly recognizable as a part of popular culture for over 40 years, the Star Wars poster features Luke and Leia in shining white while the menacing Darth Vader’s helmet fills much of the background, with the Death Star, C-3P0, and R2D2 looking on. This is an example of a poster giving just enough information to get the audience’s imagination working. Our heroes stand out and catch the viewer’s eye, but the iconic villain looms large over them, perhaps not instantly noticed, but impossible to overlook once seen. Spaceships and robots let the 1977 audience know that this was going to be a science-fiction adventure, unlike anything they had seen before.

Created by John Alvin, who was also responsible for numerous memorable movie theater posters, such as Gremlins, The Goonies, The Color Purple, Harry Potter, and the Philosopher’s Stone, and more, the poster for Blade Runner manages to be futuristic while maintaining a noir aesthetic. Alvin included subtle details such as providing Harrison Ford’s Deckard with more detail than the character Rachel, played by Sean Young. The minimal detail, as well as the slightly thicker watercolors on Rachel, serve to identify her replicant nature.

A deceptively simple poster in black, white, and red, this one is iconic, featuring Al Pacino caught between the extremes of dark and light. Despite the amount of text on the poster, the image itself dominates, making great use of negative space, and the lack of gradients suggests there is no middle ground between the two sides. Like the poster for Jaws, the title is in red. Combined with the gun in Pacino’s hand, this indicates bloodshed and violence. 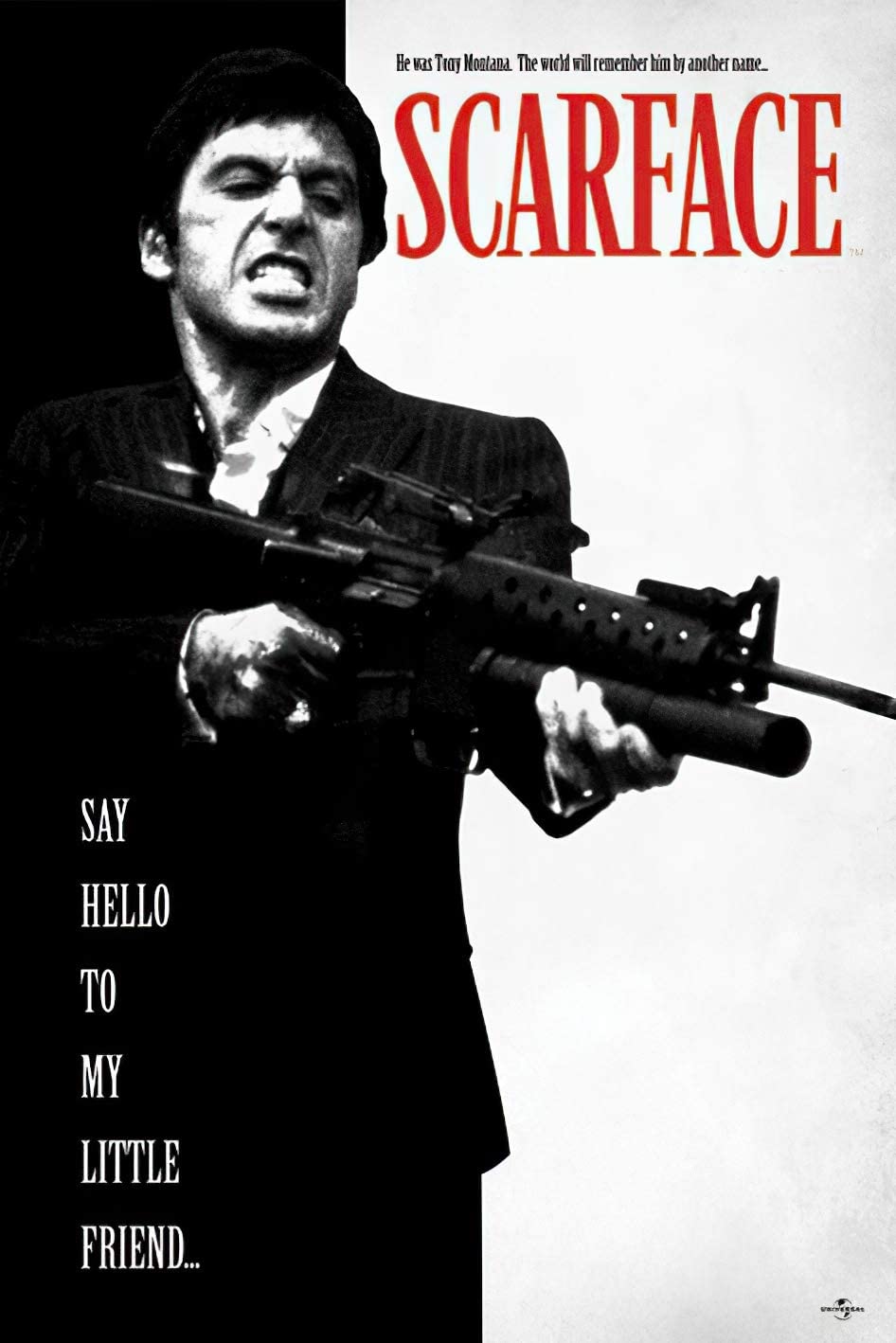 Instantly recognizable even to those who have not seen the film, the poster is a masterpiece of art deco. Both futuristic and visibly born in the art style of the ’20s the poster has the distinction of being the most valuable movie theater poster. Only four copies remain, with one being sold in 2005 for $690,000 and one reportedly valued at more than $1M in 2012. Clearly, you won’t be hanging an original, but reproductions remain popular with film buffs and science fiction fans.

Another science fiction poster, this simple, understated poster reveals almost nothing about the movie itself, yet it manages to instill a feeling of dread. A simple shape in the center of black space recalls a moon or planet without an atmosphere, while also clearly representing an egg that has cracked open to ooze a sickly green and yellow. A single line of copy proclaims that “In space, no one can hear you scream.” Simple, yet evocative, the poster is an example of “less is more.”

Once again demonstrating that less is more, the poster for Jurassic Park is interesting in that it not only serves to advertise the film, it is also the logo for the fictional park within the movie. The simple image of the T-Rex skeleton also serves as the logo for all related merchandise. The skeleton itself came from the cover of the book by Michael Crichton, while elements like the red circle were added for the poster. 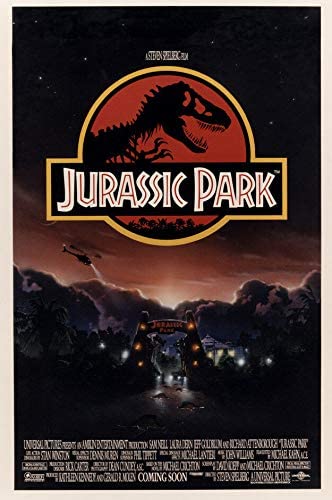 There are many great and iconic film posters that deserve praise, and any of them would make a great addition to your home theatre. Ultimately, your choices for top posters will likely reflect your taste in movies, but certain ones will stand above the rest to transcend genre.