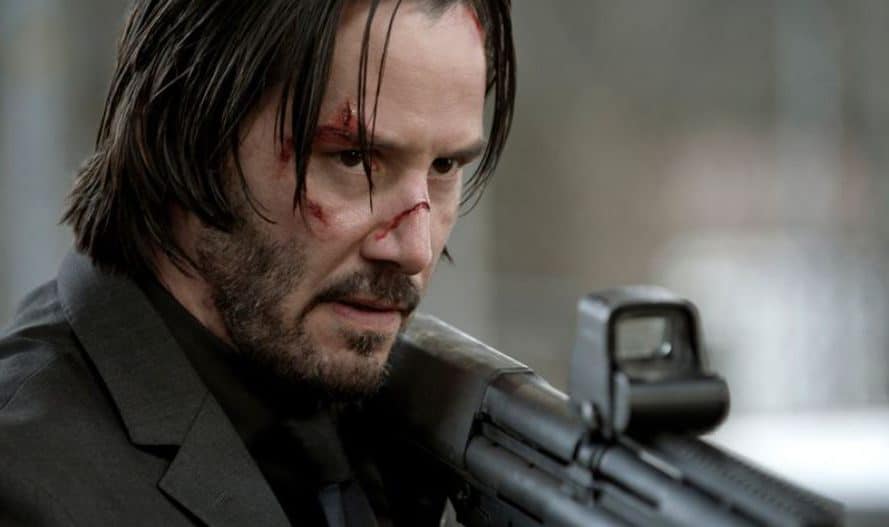 Everybody loves action movies, even if they’re a guilty pleasure. The best action movies will get your heart pumping, your adrenaline flowing, and leave you wanting more. Even the worst of them can usually provide some cheesy entertainment of the so-bad-it’s-good variety.

Action movie marathons are a great way to spend an afternoon, evening, or the entire weekend in your home theater, whether you are watching a series or a collection of unrelated films. Here is a selection of the best action movies for your consideration. Many are older, but worth re-watching. Some are new. Some may not fit the usual definition of action but still provide some thrills. 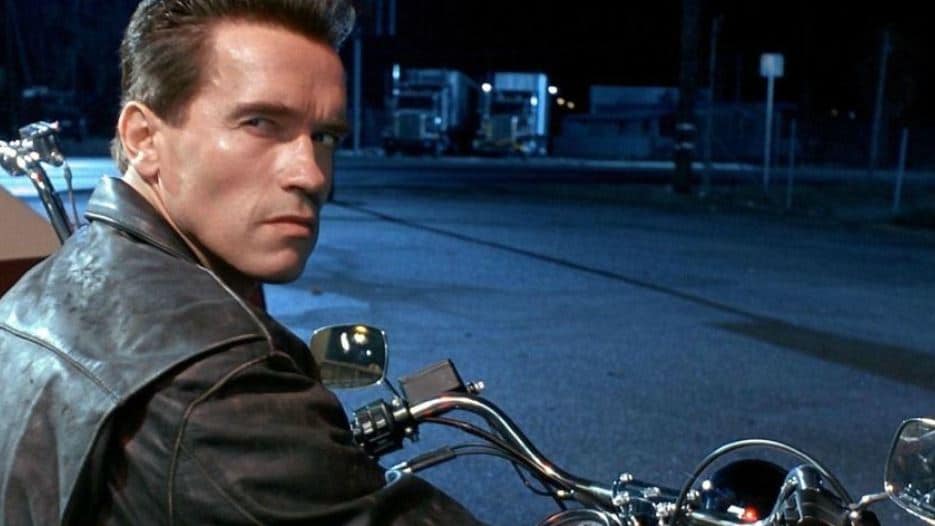 It’s Arnold. Do you really need more? He said he would be back, and he was, in a big way. Wilder, louder, and with special effects its predecessor could only dream of, Terminator 2 saw Arnold return to the role that helped make his career, albeit as a good guy this time. Throw in Linda Hamilton’s kick-ass Sarah Connor and a shape-shifting villain that even Arnold couldn’t stop on his own, and you’ve got an action classic.

Debate still rages over whether this is a Christmas movie (seriously), but there is no doubt that it launched Bruce Willis to stardom. Previously known as a comic actor, his casting in the role of John McClane had some viewers scratching their heads, but it didn’t take long for him to change opinions and start his action hero career. And if that’s not enough, there’s the late, great Alan Rickman as Hans Gruber.

More recent than the movies above, some may not call Taken a classic just yet, but when you can hear “I have a very particular set of skills…” and know exactly what it is referring to, that’s a classic film. Starring Liam Neeson, the movie as a former government operative desperate to save his daughter from kidnappers abducting young girls to act as sex slaves. With great acting and tense action scenes, you’ll be taken with this film. 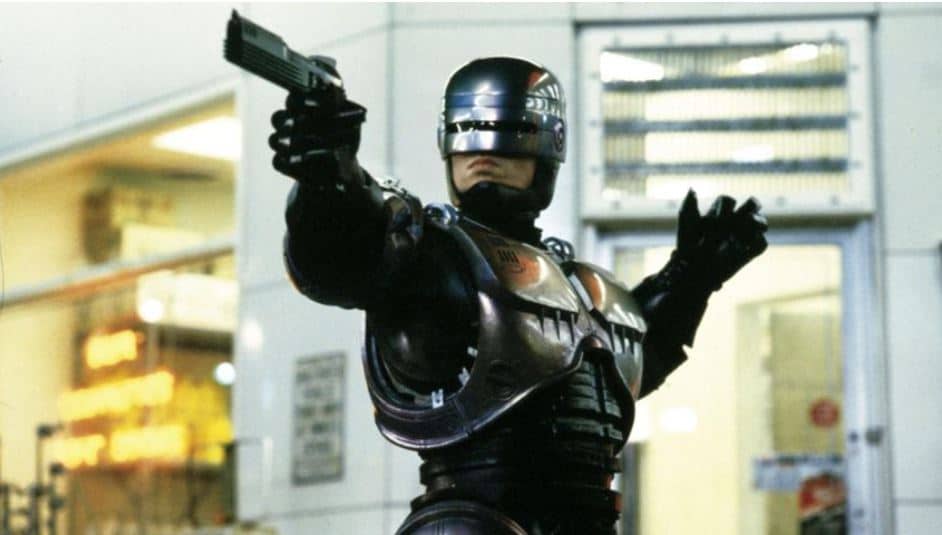 Watching Peter Weller’s Officer Murphy get blown apart by the bad guys (including a young-ish Red Forman from That 70s Show) gives you an idea of the carnage to follow. Special effects may be dated, but the film is still fun and offers a mix of bloody action and humor. It performed well enough to spawn 2 sequels, a TV series, multiple comics, and a reboot. Supposedly a prequel series is on the way… without Robocop…

From Dusk Till Dawn

This Robert Rodriguez-directed film was written by Quentin Tarantino, who also co-starred alongside George Clooney. Described by critics as “well-made but overly violent,” it was just what fans wanted. A little silly, a little disturbing, and featuring a wonderful Harvey Keitel as a “mean mother-fixing servant of God!” the film has gone on to achieve cult status and like Robocop, spawning a franchise across various media.

Keanu Reeves stars as the titular character, John Wick, who is set on a path of bloody revenge following the death of his dog. While the (admittedly oversimplified) premise generated no shortage of jokes, the films have developed a strong following owing to the fact that everyone just loves Keanu, added to the frenetic gun battles, action sequences, and “cool factor” of the main character who seems increasingly indestructible as the series progresses. 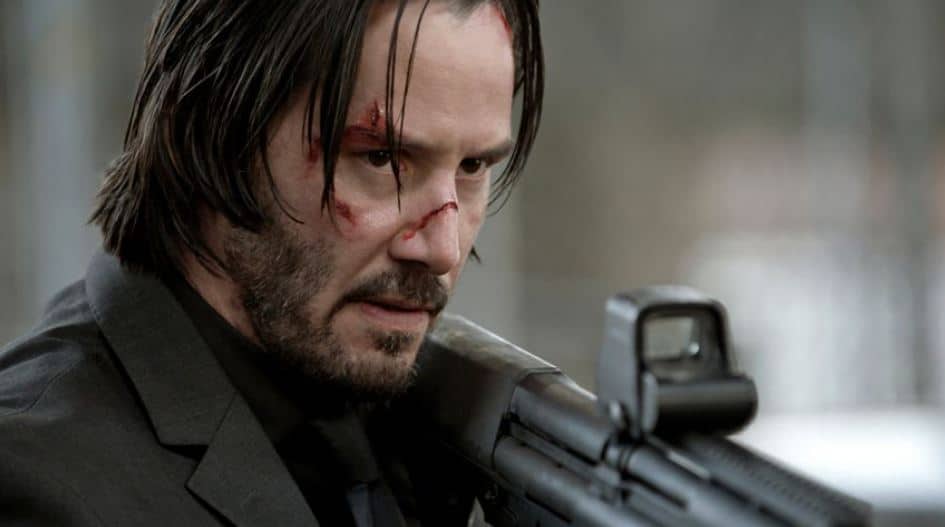 When it was released, Crouching Tiger, Hidden Dragon was sometimes referred to as the Wuxia movie for those who don’t watch Wuxia movies. Featuring an excellent cast of strong actors under the direction of Ang Lee, gorgeous scenery, and visuals to get lost in, Crouching Tiger, Hidden Dragon is like watching a fairy tale with great fighting sequences.

For years, fans of martial arts movies were thrilled with the acrobatics of Jackie Chan and the speed and martial arts skill of Jet Lee. Meanwhile, Donnie Yen seemed to be making his movies quietly in the background. In recent years, he has gained increasing popularity, in no small part due to the Ip Man series. Loosely based on the life of one of Bruce Lee’s instructors, Ip Man features tremendous martial arts battles, memorable characters, and great performances from both Yen and his fellow cast members.

Not to be confused with Chocolat (which is definitely not an action movie), Chocolate is a Thai martial arts film focusing on a young autistic girl named Zen who shows an interest in, and incredible aptitude for, Muay Thai. Using her skills as a street performer to earn money for her ailing mother, events conspire to bring her into conflict with a group of violent criminals from her mother’s past. A surprisingly moving film, it doesn’t lack excellent martial arts action sequences. Like many Asian martial arts movies, Chocolate features outtakes of stunts gone wrong. Ouch.

While Linda Hamilton’s Sarah Connor was definitely a woman you don’t want to cross, Sigourney Weaver gives her a run for her money as Alpha Female when she does what a platoon of Colonial Marines (and Paul Reiser) cannot, confronting countless aliens and their queen in the movie that set the standard that further Alien movies could not match.

While many viewers came away from Tenet confused about the plot, they had no doubts about the action sequences, some of which were truly insane. The devotion to great action sequences was so great that they actually crashed an airplane to shoot the airport heist. While the film had its flaws, the action scenes alone carry it onto our list of the best action movies.

The Fifth Element has a lot going for it: plenty of special effects and action scenes, Bruce Willis playing the hero, Gary Oldman as the villain, and Mila Jovovich dressed in bandages. Luc Besson brings us this wild ride filled with aliens, spaceships, and an extra-slappable Chris Tucker. An imaginative, silly, fun movie that has gathered a cult following.

A movie that cries out for a sequel that was never made, True Lies features Arnold Schwarzenegger and Tom Arnold (!) as secret agents Harry and “Gib” working for Omega Sector as “The Last Line of Defense.” While Harry is a talented and capable agent, he is somewhat less adept at dealing with his family life, which unexpectedly crosses paths with his work. Also starring Jamie Lee Curtis, who appears to be having too much fun, the film is a great mix of action and comedy.

Taking a different approach to superheroes, Kick-Ass features a young hero who is… not exactly super. His only gift being the inability to feel pain, Kick-Ass sets out to fight crime and encounters other costumed adventurers including the adorably psychopathic Hit-Girl and her father, Big Daddy. Extreme violence ensues, as does laughter. Not a superhero film for the kids.

Jackie Chan and Chris Tucker join forces as odd-couple cops assigned to rescue a Chinese diplomat’s daughter from her abductors. Culture shock and a dangerous crime lord complicate things for the duo as they have to learn to work together. Jackie Chan reliably provides great acrobatic fight scenes, while Chris Tucker is Chris Tucker.

We don’t need to tell you the story, do we? Star Wars remains a great film for families looking for a little science fiction action with aliens, spaceships, exciting action, and a classic villain who still remains one of the best in cinema.

Not an action film in the traditional sense, this family-friendly and the extremely fun movie does feature some of the greatest swordfights put on film. Loved by fans and the cast alike, not enjoying this film is “inconceivable.”

Young, brilliant Hiro is forced to become a… hero… when his high-tech invention is stolen by a villainous madman. Filled with funny moments and exciting action, this is a family-friendly superhero film that provides some thrills for young viewers, along with an exploration of family and friendship. One of Disney’s best-animated films of recent years.

So settle into your best home theater chair and enjoy some of the best action movies in 2021.