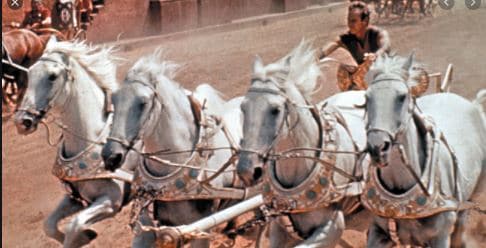 What are the best historical movies to watch?  Movies have a way of taking us out of our lives for a few others, letting us experience briefly what it is like to be someone else or to live in another city, even another world. They can also take us to other times, letting us experience romance in Victorian times, the fear of a world at war, or courtly intrigue during the dark ages.

Historical movies can cover pretty much any genre, can be based on true stories or entirely fictitious, and can be intensely researched for accuracy, or wonderful flights of fancy that only vaguely resemble the truth of the time period. Some will highlight mankind’s greatest accomplishments, while others will reveal our tragedies. This list of the best historical movies to watch will cover several bases.

Based on the memoir of the same name, this is the tale of Solomon Northrup, a black American who was born free before being abducted and sold into slavery in the south, where he struggles to survive and maintain dignity while enduring the cruelty of a malicious owner. Not an easy film to watch, but one filled with powerful performances from an excellent cast.

A less-than-historically-accurate 300 from Zack Snyder. This bloody, violent, and highly stylized take on the real-life Battle of Thermopylae is based on the graphic novel by Frank Miller and follows King Leonidas (Gerard Butler) and his 300 elite Spartan warriors as they defy all odds in facing off against Xerxes’ massive Persian Army.

Definitely not a film to watch in preparation for writing a history exam, the film proves fun for those who like Snyder, Miller, or both. This is one to watch after the kids are in bed, however.

Like many of the films on this list, Amistad is based on a true story. When a group of African slaves successfully revolt on the ship La Amistad and later land on American soil, they must defend themselves in court against charges of piracy and establish themselves as free men. 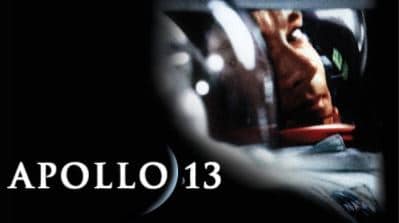 Adapted from the book Lost Moon: The Perilous Voyage of Apollo 13, the film tells the story of the mission to the moon that has “a problem”. Specifically, an oxygen tank explodes while the astronauts are still en route, putting their lives in jeopardy and forcing NASA to find a way to bring them home.

The original swords-and-sandals epic, Ben-Hur stars Charlton Heston as the titular character, a Jewish prince who is betrayed and sold into slavery. Winner of 11 Oscars, the movie’s memorable sequences include a thrilling chariot race that is one of the most iconic sequences in cinema history.

Hidden Figures is the inspiring story of three African American women who, as mathematicians, served a critical role in the early years of NASA’s space program and John Glenn’s launch into orbit, while having to endure racial and gender discrimination.

Oliver Stone’s JFK is an exploration of the events leading up to the assassination of US President John F. Kennedy. Based on the books On the Trail of the Assassins by Jim Garrison and Crossfire: The Plot That Killed Kennedy by Jim Marrs, Stone set out with co-writer Zachary Sklar to write a screenplay that resembled “a great detective movie.” Although taken to task by multiple American newspapers for its depiction of historical events, the film was nominated for eight Academy Awards, including Best Picture and Best Director.

Portraying the Battle of Iwo Jima from the perspective of soldiers in the Imperial Japanese Army, this joint Japanese and American film is a companion to the film Flags of Our Fathers, which shows the battle from the American side. One of the more historically accurate films on this list, it appeared on the top 10 lists of many critics the year it was released.

Focusing on the final months of Abraham Lincoln’s life, this is the story of his effort to pass the Thirteenth Amendment, thus abolishing slavery. Lauded by critics for the excellent direction and acting, the film received seven Golden Globe nominations and twelve Academy Award nominations. 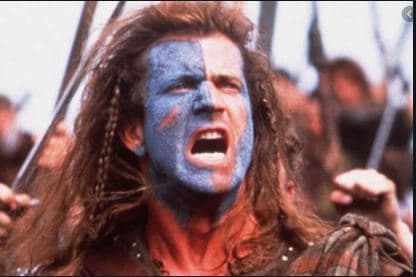 William Wallace, played here by Mel Gibson, was one of the leaders in the Wars of Scottish Independence, who sets out to battle Kind Edward I of England. While the general thrust of the story is based upon historical facts, several liberties were taken in the name of cinema and drama. Still, the movie makes good use of Gibson’s charisma and provides several dramatic moments that have been imitated (or parodied) in the years since the film’s release.

Ridley Scott’s take on the legend of Robin Hood, famed outlaw of Sherwood Forest. Known here as Robin Longstride, the famed archer and outlaw is portrayed by Russel Crowe in a movie that features less swashbuckling adventure than other iterations, leaning toward a grittier realism.

From acclaimed director Steven Spielberg, Schindler’s List tells the story of Oskar Schindler, the German industrialist who tries to save his Jewish employees upon witnessing how Jews in Poland were persecuted. Using his connections and spending his personal fortune on bribes, he was credited with saving 1,200 lives. Brutal and haunting.

A Thracian gladiator who led a slave revolt in the Third Servile War, Spartacus has appeared in movies, TV shows, literature, even video games, but is perhaps best known from this film directed by Stanley Kubrick and starring Kirk Douglas. Winner of 4 Academy Awards, the film was also the biggest money maker in the history of Universal Studios until dethroned by Airport in 1970.

From French director Luc Besson, The Messenger is the story of Joan of Arc, a French war heroine who fought in the Hundred Years war during the Lancastrian phase and who later was canonized as a saint. The film portrays Joan as having supernatural visions that lead her to battle and her ultimate martyrdom.

Hollywood produces a lot of historical movies – moviegoers have a great desire to understand the past. Those are our votes for the best historical movies to watch – especially if you are relaxing in your custom home theater chairs from Elite HTS.