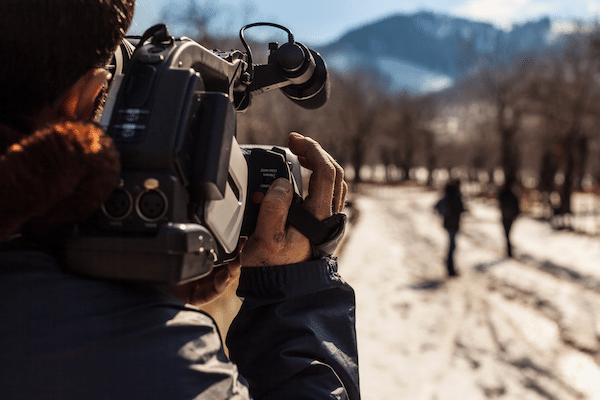 A good documentary has all the elements of any great film; an interesting story, characters, strange situations, and often a somewhat unfamiliar world. There is a common misconception that documentaries are boring or strictly factual; many people take them as a collection of facts rather than a story, but no matter what the documentary is about, it will always tell a story. There is still a filmmaker behind the scenes directing everything you see. What you’re watching may be trying to find some truth, but it is inherently not factual. This list showcases a wide range of stories and documentary styles veering from the traumatic to the uplifting. Be sure to watch the documentaries’ trailers below.

The Fog of War is an interview with Robert McNamara, Secretary of Defense in the Kennedy and Johnson administrations, who was one of the “best and brightest” in the U.S. government in the 1960s and one of the chief hands behind the American involvement in the Vietnam war. Morris invented the camera used for the interview so that McNamara could look directly into the lens while being interviewed and would see his interviewer’s face in the screen. Which gives the documentary a peculiarly intimate feeling.

Director Asif Kapadia has a series of documentaries which all use only existing archive footage to tell a story. He did one with Amy Winehouse, and his most recent release puts the spotlight on Argentinian soccer player Diego Maradona.

But Senna was the one that set the tone for his filmography and showed how you could tell a story with what effectively amounts to a random collection of news pieces, home videos, old interviews, and b reel. Senna is a story of not just the life of Ayrton Senna, but of ambition, arrogance, and a man who couldn’t see his own limitations.

The ultimate example of deception in a documentary. By using Errol Morrison’s technique, of having the subject speak directly into the camera, the film tells the story of a man who outrageously convinced an American family that he was their long lost son.

The film makes you ask: how could these people fall for such an obvious con? The imposter not only looks nothing like their blonde haired, blue eyed son but speaks with a pan-Western European accent. And yet, when he starts spinning yarns for the audience, you can’t help but become hooked in by the story of murder and deception he is pedaling. This film is the best exploration of deception ever put on camera, and it does it by taking the audience on a trip down the garden path.

4. The Act of Killing

Probably one of the most harrowing and genius documents of genocide ever filmed. The Act of Killing does what documentaries about Nazi war crimes were never able to do, by taking as its subjects the perpetrators of Indonesian mass killings in the 1960s.

Joshua Oppenheimer follows the perpetrators, who are still the dominant political force in Indonesia, and asks them to recreate their crimes in the style of their favourite Hollywood movies. So in the style of an MGM musical, a John Ford Western and a Columbian Noir, we watch a reenactment of the horrific killings. The ghosts of the past are not far behind these people, and the film will haunt viewers for a long time.

This Maysles Brother’s Cinéma Vérité documentary follows two eccentric women, relatives of Jackie Kennedy, who are the sole occupants of a Long Island estate. One of the chief examples of this style of documentary making, they merely roll the camera on their subjects and let them do the talking. The film is an astute character profile but also captures what modernity has done to the so-called American Values.

The women’s lives are like a satire of these values where once there was modesty; now they play act for the camera. Where once hygiene and cleanliness were considered virtues, now the house is a hoarder’s dream. The goal of Cinéma Vérité was to give as honest a view of people and their lives, and yet it’s obvious the directors are making comments on the characters through the footage they shot and the edits they made.

Also utilizing the Cinéma Vérité style of documentary making, Harlem County U.S. A is one of the essential socialist films in the American canon. It follows a group of blue-collar workers who are striking against their employers. Without fail, the camera finds itself right in the heart of the action as the employers use every dirty trick in the book to get their employees back to work.

Even knowing what we know about predatory capitalism at its worst, Harlem Country USA is one of the most damning indictments of corporate greed ever put to film.

One of the outlying sub-genres in the documentary tradition, this concert film is very much removed from the other types of stories usually told in documentary form. None the less, in his Talking Heads performance show both a visual and musical story unfolds. If not necessarily through characters and situations.

The film opens with front-man David Byrne appearing on stage with just a guitar and a Boombox and singing his early hit Psycho Killer. As the concert progresses, more instruments, more band members and a stray prop or two join the scene. It’s an avant-garde performance masquerading as a pop music concert. The film utilizes a minimalist style, never going crazy with set decoration or backdrops. And yet, every addition from Byrne’s oversized suit to his floor lamp come dance partner, make the concert all the more compelling. The film is rich with visual ideas that help accentuate the inventiveness of the music.

In their pursuit of truth, documentaries as a whole can tend towards depressing topics, but there is also any number of uplifting subject matters explored in documentary form.

This story is about an eighty-year-old sushi master who works in his restaurant by day and dreams of new sushi creations at night. The film is not without its darker moments; childhood abandonment, separation, and obsession are all explored. But it’s clear Jiro derives a lot of pleasure from his creations and makes the people who eat them feel good at the same time.

The film led to the spinoff Netflix series Chef’s Table. As a whole, the film and the series are the most complete cinematic document of culinary joys and excellence of all time!

If documentaries aren’t your thing, check out our other movie-lover recommendations: