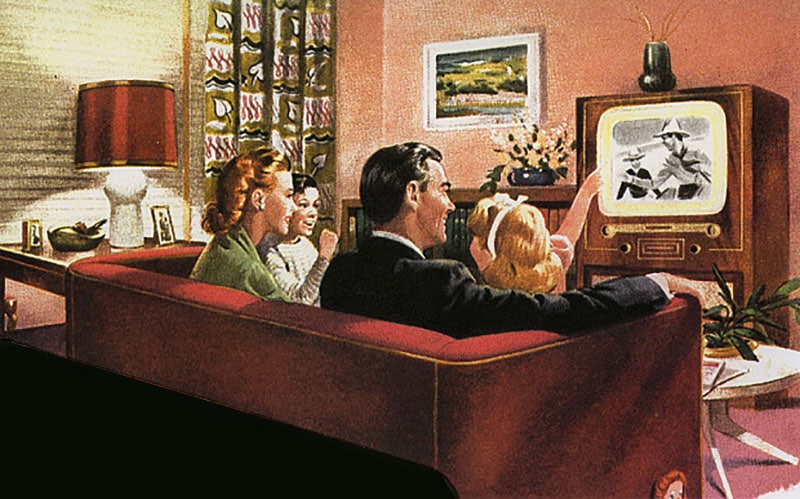 The home theater has occupied a special place in our homes for nearly 100 years. Recently, the role of the home theater has taken on even greater importance in the wake of the COVID-19 pandemic, as homeowners seek the safety and comfort of watching movies and their favorite TV shows from their own homes.

In this article, we will visit the history of home theaters and explore how they have evolved over the last century. This story is about how the look and sound of movies have advanced technologically, although, of course, home theater seating has drastically improved over time as well. 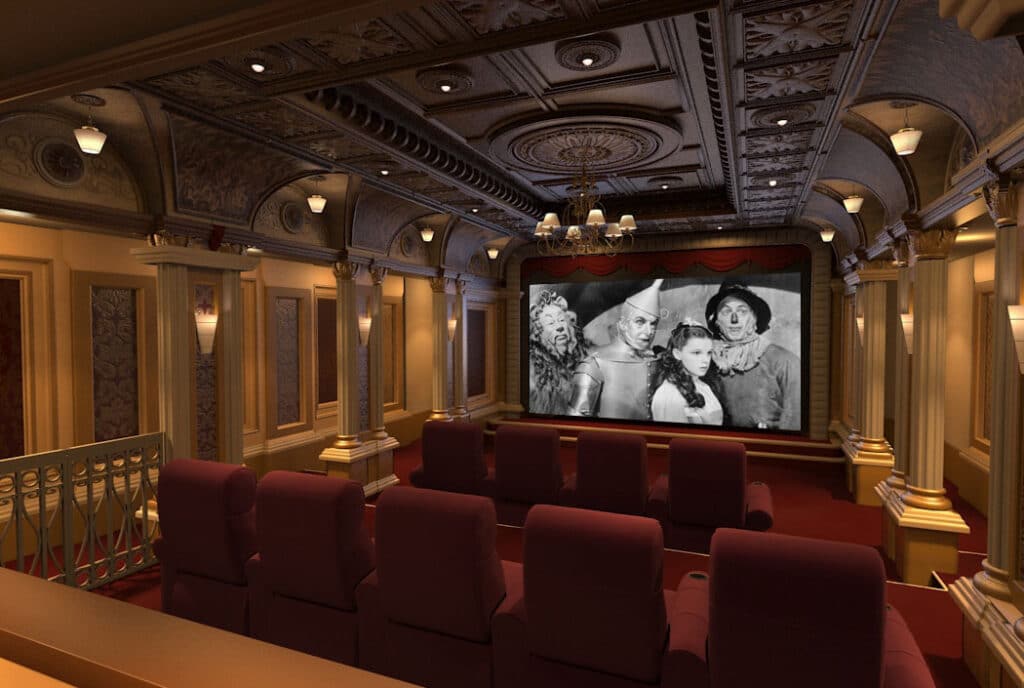 The Early Years of the Home Theater

Home theaters have been around longer than you might realize. While many believe they were developed in the middle of the twentieth century, their history actually goes back to the 1920s. Home theaters sometimes called home cinemas or theater rooms, made their first appearance in the United States in 1923. Their primary equipment was the silent 16mm film projector, made by either Eastman Kodak or Filmo. In the 1930s, 8 mm and 16 mm with sound were introduced.

In the 1950s, Kodak 8 mm film projector equipment became more affordable, resulting in the increased popularity of home movies. They were often made without sound, or with rudimentary mono sound, and were viewed in “screening rooms,” dedicated home theaters consisting of a portable film reel projector and a projector screen. Viewers watched home movies as well as some commercial films.

At the same time, commercial movie theater technology continued to improve. One main development was the placement of speakers behind the audience to create ambient sound, and to the right and left of the screen for music. This technique was later adapted for home theater use. 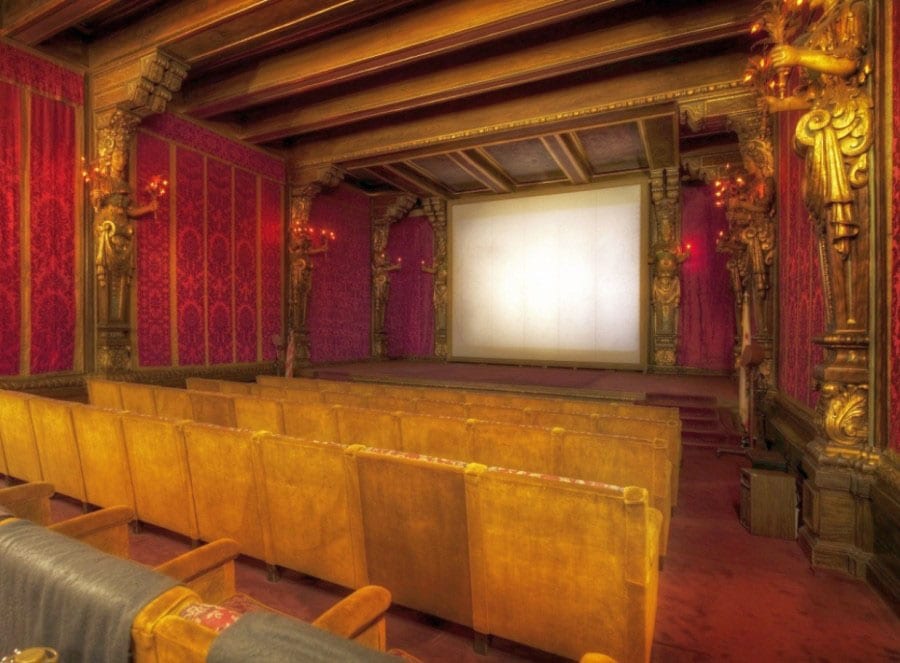 In 1974, a man who some describe as the “inventor of the first home theater” named Steve LaFontaine designed a home cinema system for Kirshman’s Furniture Store in Metairie, LA. The indoor cinema consisted of a sound room that incorporated an early quadraphonic audio system and a modified Sony Trinitron television.

The first true home theater system debuted at the Summer Consumer Electronics Show in Chicago in 1982, which marked the beginning of the home theater revolution.

In the late 1970s, 8 mm cameras and projects were replaced by VCRs that could be directly connected to TVs. Mono sound became obsolete when Dolby Stereo was introduced in 1975 and became widely recognized with the release of Star Wars in 1977. The mono track was replaced by two soundtracks that could carry left and right channel information as well as a third center-screen and fourth surround channel for special effects and ambient sound. However, it took another ten years for this technology to become viable for the home theater.

The 1980s saw the development of multi-channel audio systems and LaserDisc, which was first produced by MCA in 1978. Using analog FM stereo sound and digital audio, it could play video of a higher quality than VHS. Home theaters were designed with a LaserDisc or VHS player that showed the movie, feeding a signal to a large rear-projection TV set, with the audio outputted through a stereo system. LaserDisc was later replaced by the DVD in the 1990s. 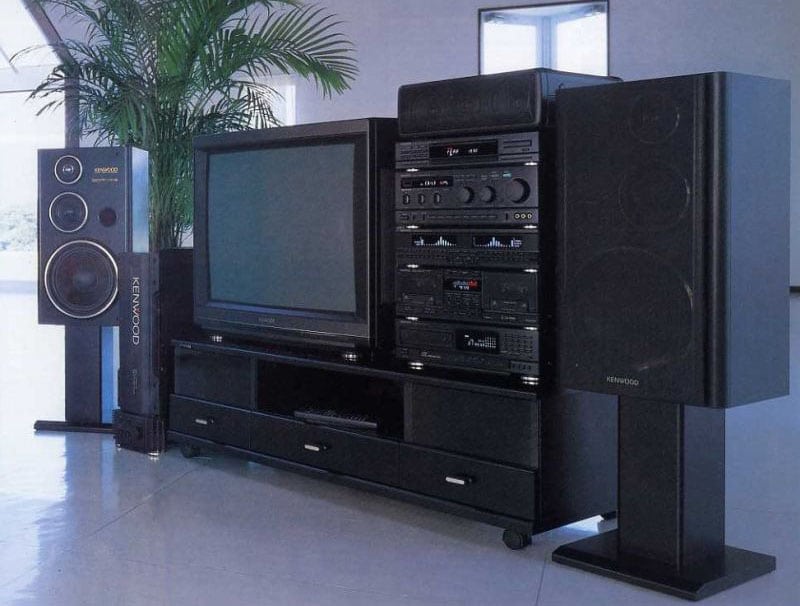 In the first part of the decade, a home theater would typically have a LaserDisc player VHS VCR fed to a screen via rear projection. Later in the decade, it was replaced by the development of the DVD-Video format, with a higher resolution than VHSA. Dolby Digital, using analog audio technologies to create “surround sound,” became available to home theaters. While Batman Returns, released in 1992, was the first commercial movie using Dolby Digital, it was another 5 years before it was available for home use, which occurred with the introduction of DVD discs and players. Their picture was twice as sharp as VHS tape and LaserDisc, and they could fit a 120-minute movie onto a single disc side without the need for rewinding. These developments were a major technological improvement in home theater design. 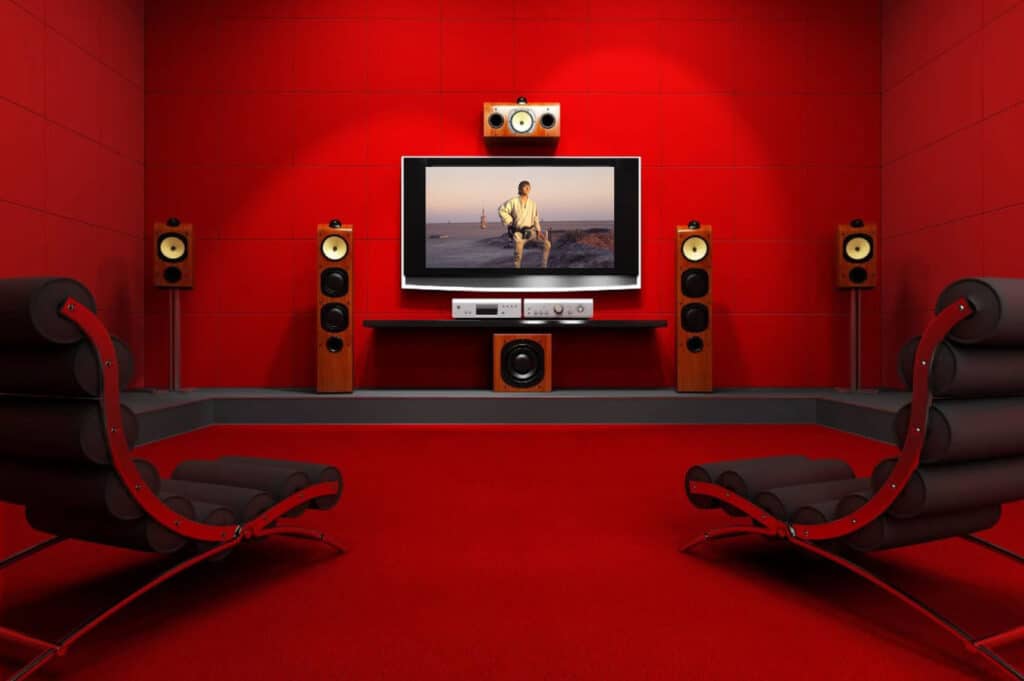 Technology has continued to evolve through the early part of the 21st century. Advancements in sound systems, TV screens, video projectors, and video player equipment have allowed home audiences to have a better sound quality and higher-resolution screen images. At the same time, the ability to stream movies over the internet eliminated the need to visit the video rental stores that were common in the 1980s and 90s.

High definition arrived at the turn of the century, raising the bar for TV picture quality. Then, in 2006, both the HD DVD and the Blu-ray Disc, the first high-definition disc format for watching movies in a home theater, were introduced. A new era in home theater arrived with affordable HDTV flatscreen TVs, high-resolution video projectors, 3D TV technology, and the high-resolution Blu-ray Disc.

In 2014, the introduction of Dolby Atmos, which previously was available only in select movie theaters, added a new dimension to home theater sound. It allowed for more precise placement of surround sound effects. In 2016, High Dynamic Range (HDR) technology helped advance picture quality, providing color and contrast that exceeded what was available in movie theaters. 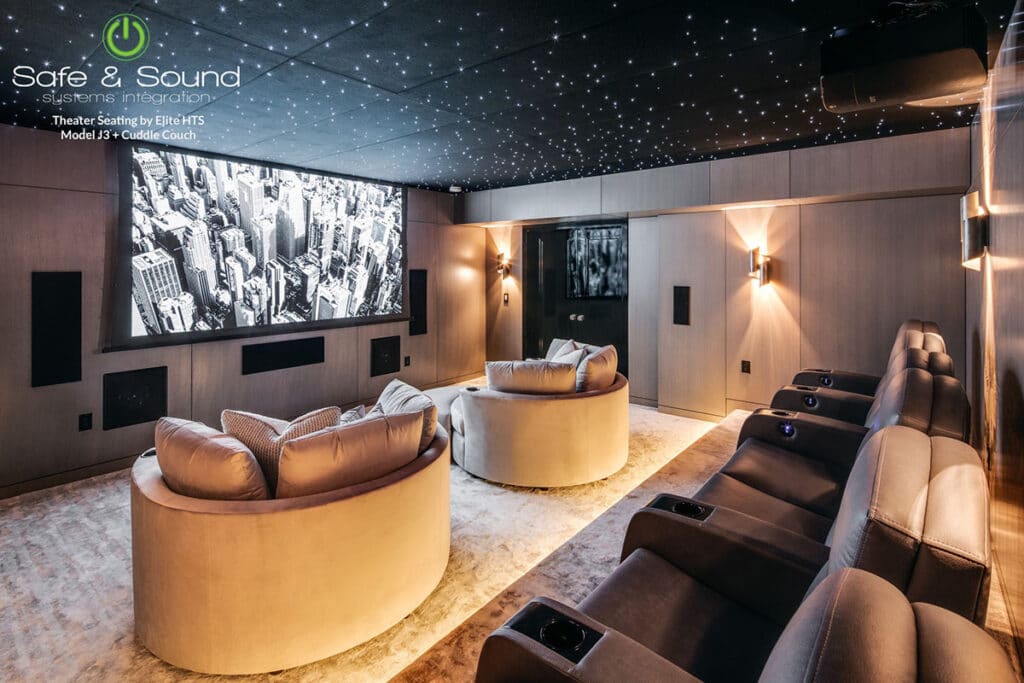 According to Grandview Research Firm, more than 40% of all U.S. homes now have a home cinema of some kind. On the high-end side, various luxury home designers report that around 80% of all high-end homes now feature a dedicated home theater.

Today, home theaters are a stunning improvement over Steve LaFontaine’s home cinema system using a Sony Trinitron TV. Many of them offer better sound and visuals than a movie theater and can cost upwards of $100,000. A typical high-end home theater includes the following:

When state-of-the-art seating and lighting are added to the mix, today’s home theaters offer the ultimate experience without ever having to leave the house.

Some theme theaters take it to a whole other level, such as the amazing Batcave theater seen below.

Here are some more recent projects featuring theater chairs made by Elite HTS. 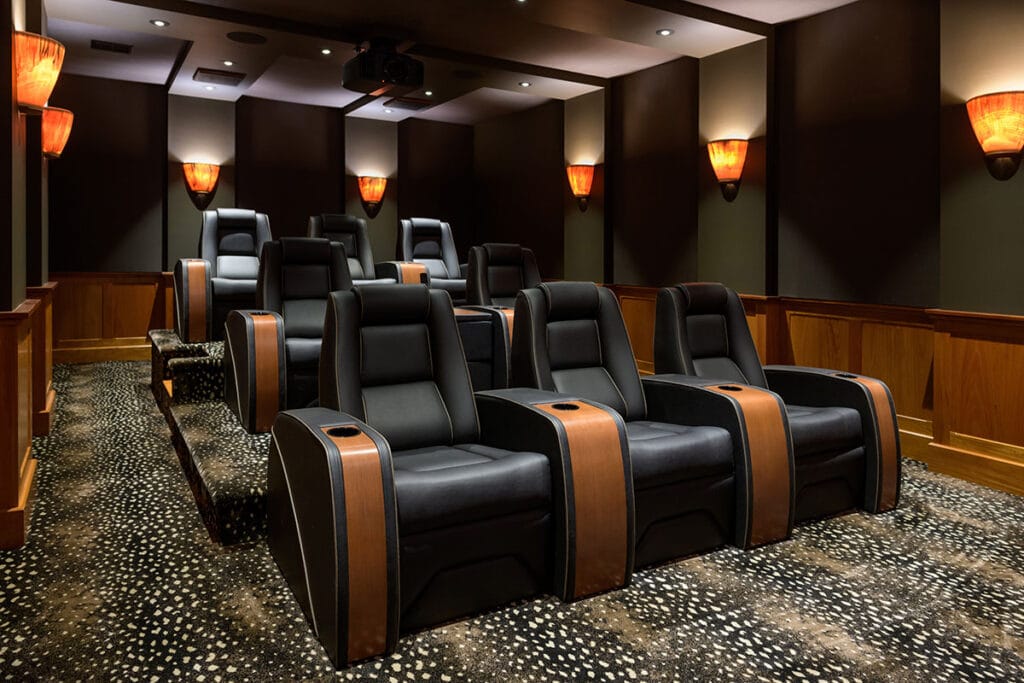 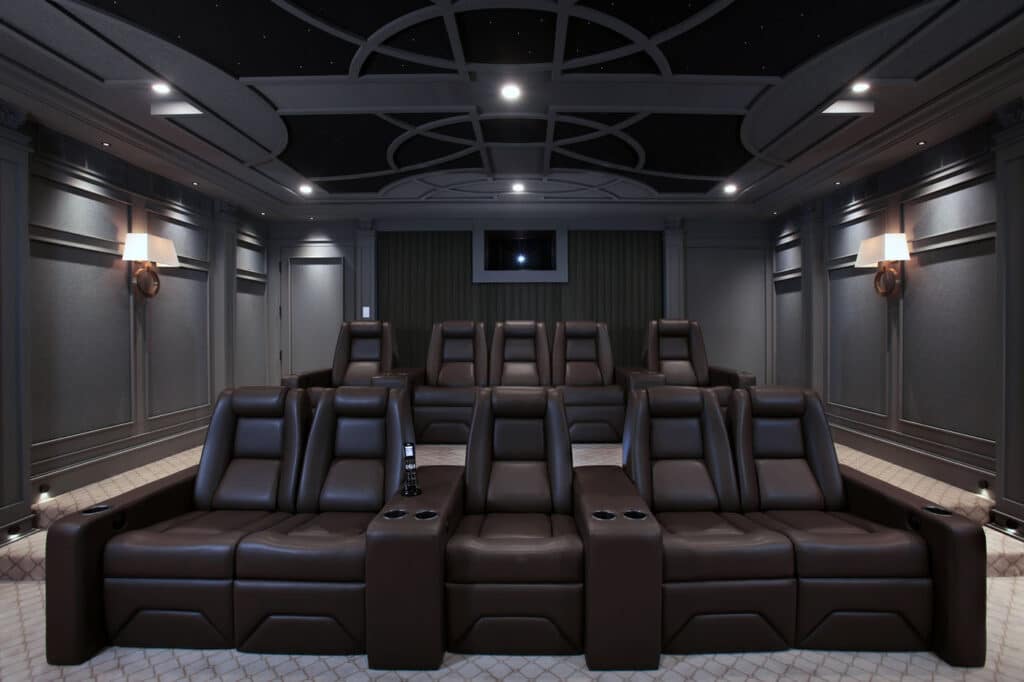 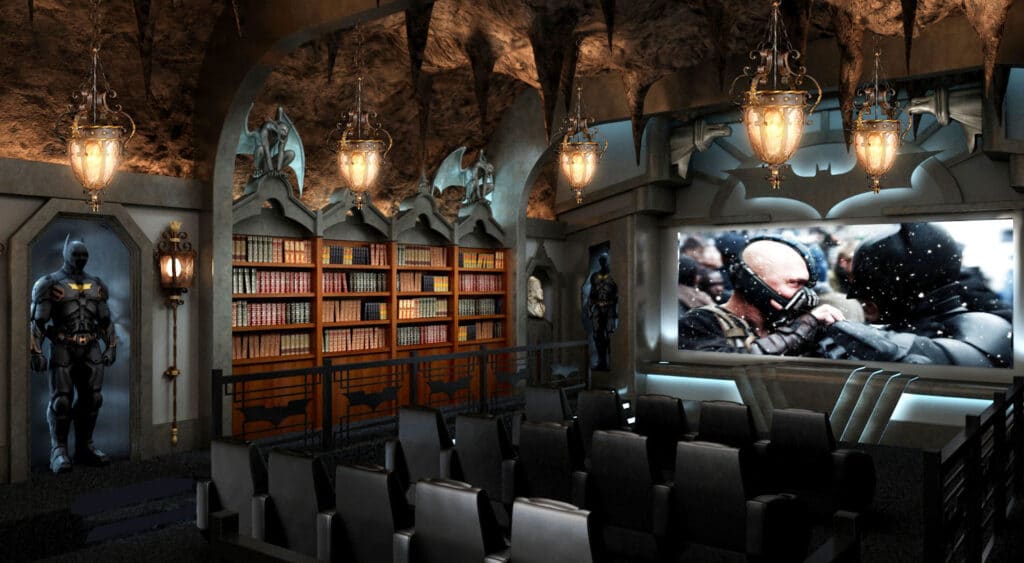 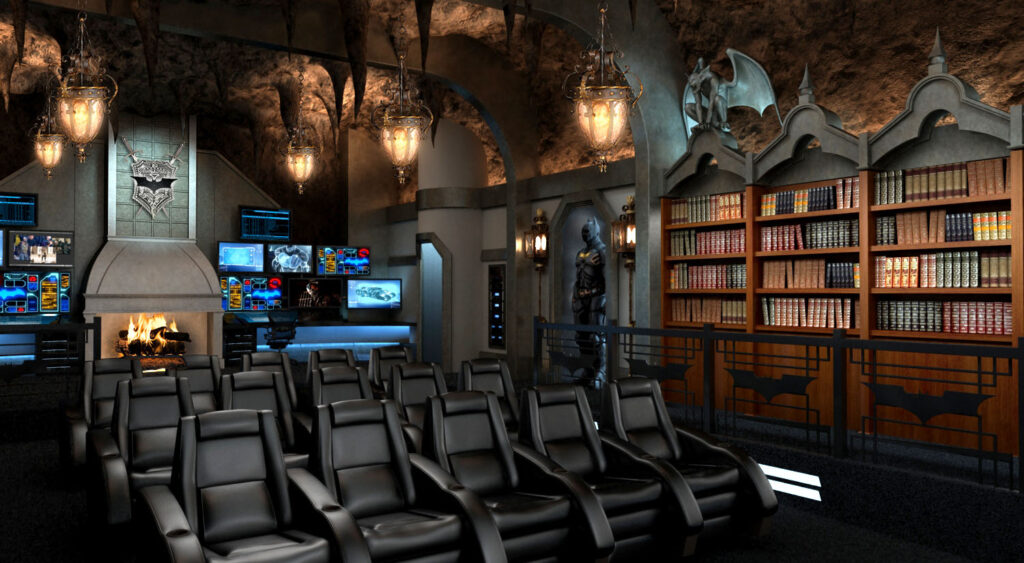 The Future of the Home Theater

Among the new technological advancements will be a “silent” speaker which is integrated into home theater furniture to intensify vibrations and interactivity. More extensive use of 3D technology will further enhance the dimension of the images, creating a realism never seen before.

Will personal computers and smartphones replace home theaters in the years to come? We don’t think so. Movies are made for the big screen. Nothing can replace the large screen format, high definition, superb sound, and luxurious seating provided by home theaters today.

VR (Virtual Reality) will likely play a big part in the future of cinema and home theaters. However, the cumbersome size and weight of VR glasses will need to be drastically reduced before VR is widely adopted. This is still at least a few years away.

The technology behind holographic stages is also rapidly improving. These stages will transport your favorite performers such as Adele and Bruno Mars right into your home theater. You will be able to see them from any angle without special glasses, just as if they were really there.

Various sporting events such as UFC fights will also be projected as vivid holograms so the entire cage and fighters can be transported into larger home theaters and VIP holographic venues. 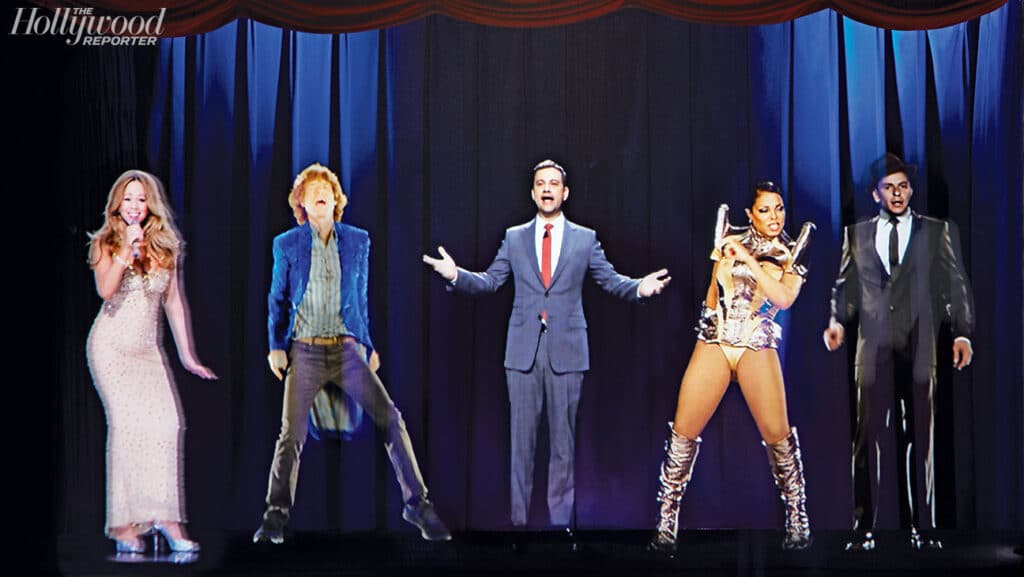