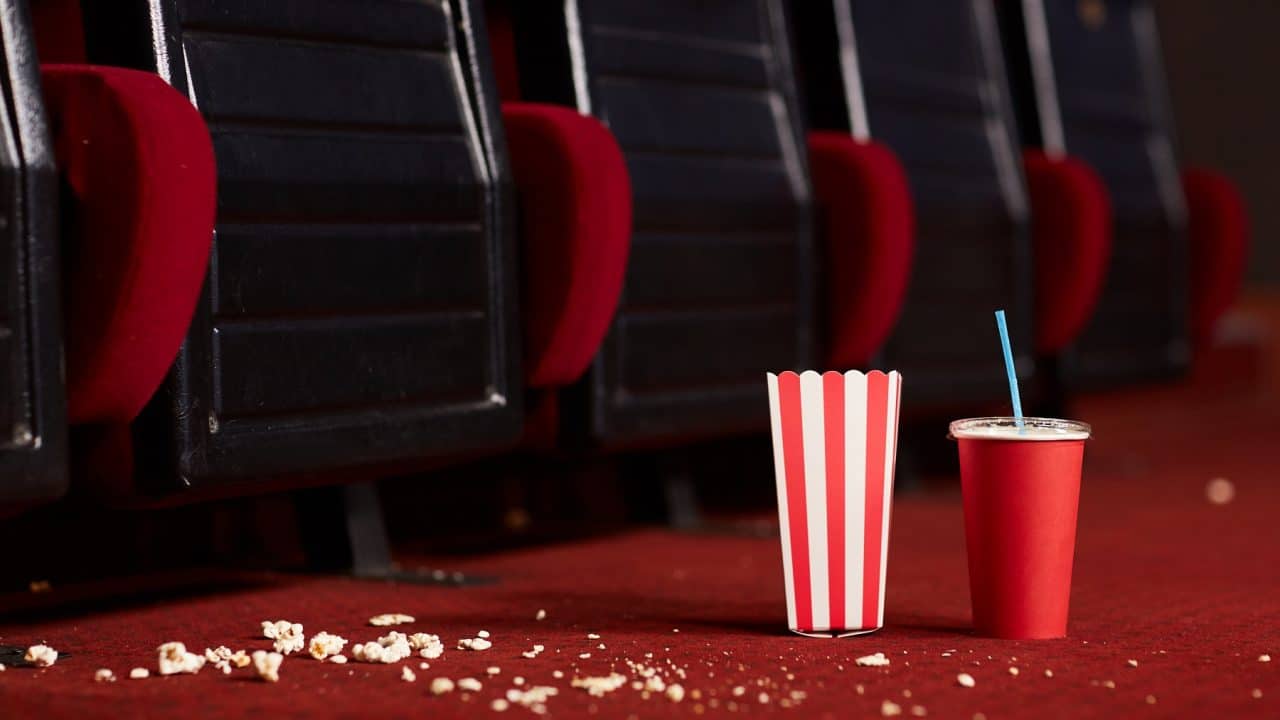 Movies can do more than simply entertain. The best movies can transport us to other worlds, where we can temporarily forget our cares and experience things we’d never experience in our own lives. They can let us assume other identities and visit other parts of the world, even if only a little while. Some movies can also teach us something about ourselves, each other, and the world around us.

Once upon a time, viewing a movie was a major event that involved getting dressed up and heading out to an opulent theater. We would lose ourselves in a giant screen with music and sound surrounding us and immersing us in the story.

When movies first came into our homes, they did so on television, either broadcast on network TV, or in the form of VHS tapes, DVDs, and later, Blu-Rays. Something was missing, however. Viewing the best movies at home was still fun, and the ability to pause for bathroom breaks was certainly appreciated by many, but the experience of sitting in a dark theater before a giant screen was lost for a time.

Whatever genre of movie you love, from action to science fiction, drama to romance, there are movies that deserve to be seen big. When you are looking for epic films that offer pure visual spectacle, here are some of the best movies to watch on a big screen.

This is the quintessential big screen movie, and it contains some of the greatest desert footage ever put to film. This is a movie whose grandeur simply cannot be fully appreciated on a smaller screen. The scene of Omar Sharif’s character appearing on the horizon and slowly drawing near simply would not work on a smaller screen.

In addition to the stunning visuals, the performance of Peter O’Toole has been called both stunning and “impossibly charismatic” and the movie still holds up today. Though the movie’s plot is not exactly complex or challenging, Lawrence himself is a compelling character that still remains mysterious at the end of the nearly four-hour movie.

Even when it debuted, movie-goers knew that Star Wars was something special, waiting in queues that often extended out into theater parking lots and around the building itself. The movie offered a tale that was both simple and yet epic, set against a background of stars, but also featuring quiet moments with characters who would go on to become part of our modern mythology.

Various versions of the film exist, with George Lucas having “enhanced” it, often to the chagrin of older fans. But regardless of which edition you watch, the Star Wars universe is simply too big for a small screen.

An epic adaptation of King Lear, but set against the backdrop of feudal Japan, Akira Kurosawa’s Ran (meaning chaos) is the story of an aging warlord known for his ruthlessness, who has decided to abdicate and divide his kingdom among his three sons.

The film, often cited as a masterpiece, is possible to enjoy on a standard screen, but to fully appreciate its grandeur requires a big screen. Restored to brilliant 4K, the film makes use of brilliant red, blue, and yellow to differentiate the armies of the warlord’s sons and guide the viewer’s eye to important characters, props, or other areas within the scene. The colours also symbolically represented concepts such as danger or courage.

Kurosawa was a master of composition, editing, and storytelling, and his storyboards displayed his intent to make Ran a cinematic painting.

Lord of the Rings Trilogy

It was long believed that J.R.R. Tolkien’s Lord of the Rings was impossible to adapt to movie form. Whether you think Peter Jackson’s ambitious trilogy proved that notion right or wrong, there is no denying that the film is a feast for the eyes.

Fantasy books and films spark the imagination and bring us into whole other worlds, but in this case, Middle Earth was represented by New Zealand, with stunning landscapes filling the big screen with such beauty that even two decades after the release of Fellowship of the Ring, nearly one in five visitors cite Lord of the Rings as their reason for choosing New Zealand. Tourism increased by nearly 40% in the five years following the first film.

Almost a cliché suggestion, 2001 A Space Odyssey stunned audiences at the time of its premier and has gone on to become a classic. With a story that you will find engaging, confusing, or both, the film leaves few viewers feeling indifferent, and its influence on science fiction films that followed can’t be overstated.

Perhaps the most impressive review of the film came from Alexei Leonov, the Russian cosmonaut who became the first man to walk in space, when he said, “Now I feel I’ve been in space twice.”

Tarsem spent millions of his own money on what Variety called a “vanity project,” filming over the course of four years in 28 countries. Filled with images so stunning that a viewer would be forgiven for thinking them to be computer-generated, The Fall is too big and too audacious for small screens.

These are just a handful of the countless best movies that deserve to be seen on a big screen. In fact, one could easily argue that virtually every film deserves a big screen. Movies are meant to take us into other worlds and other times, and this is best accomplished when they are viewed as intended.

Do yourself a favour and enjoy your movies on a big screen whenever possible, and let them carry you away, if only for a few hours.

This sci-fi thriller is made for the big screen!

Visually stunning, this is a movie that many consider a masterclass in modern cinematography.

With a production budget to rival that of an actual real life space mission, Gravity is a film with a single purpose – to push the boundaries of modern cinema.

With an all star cast thrown in for good measure and plenty of suspenseful action, this is a big screen must-see!

Another classic we’ve all seen before, Titanic is a movie that comes into a new level when viewed on the big screen.

The 1997 star studded remake of the 1953 classic saw modern cinematography bring this heartbreakingly true story to another level.

Suspenseful, dramatic and classy, this is a film that just has to be seen on the big screen, with a great surround sound system to really immerse you in the experience.

If heartbreak and tears aren’t your thing, then Mad Max Fury Road could be for you!

The Mad Max franchise has been widely hailed as among the greatest action films of all time, while Fury Road itself won six Academy Awards on its release in 2015.

On top of the wonderfully directed and well paced action throughout, the characters themselves are well written and superbly brought to life by the films long list of household names including Charlize Theron, Tom Hardy, Zoë Kravitz and Nicholas Hoult.

No big screen movie roundup would be complete without an instalment from the Batman franchise.

The Dark Knight is out pick of the bunch and our favourite super hero movie for the home theater.

Rotten Tomatoes describes The Dark Knight as “dark, complex, and unforgettable” and the movie has been widely held as the best superhero movie ever made.

Playing the part of the famous Joker, Heath Ledger completely redefined the role and the character.

This is a film that never gets old, no matter how many times you watch it.

The original 1993 Jurassic Park isn’t a film that was designed for modern day home theater screens, and it doesn’t benefit from the special effects and animation techniques we’re used to seeing today, but it’s certainly a movie that draws you in and keeps you hanging on.

With just the right blend of action, adventure and suspense, this family movie classic is loved by everyone.

In it’s time, the special effects and life like animations were cutting edge cinematography.

Director Stephen Spielberg’s vision for the script resulted in a massive blockbuster hit on it’s release in June 1993 and this is a family friendly action adventure film that still delivers as one fo the best movies for the big screen today.